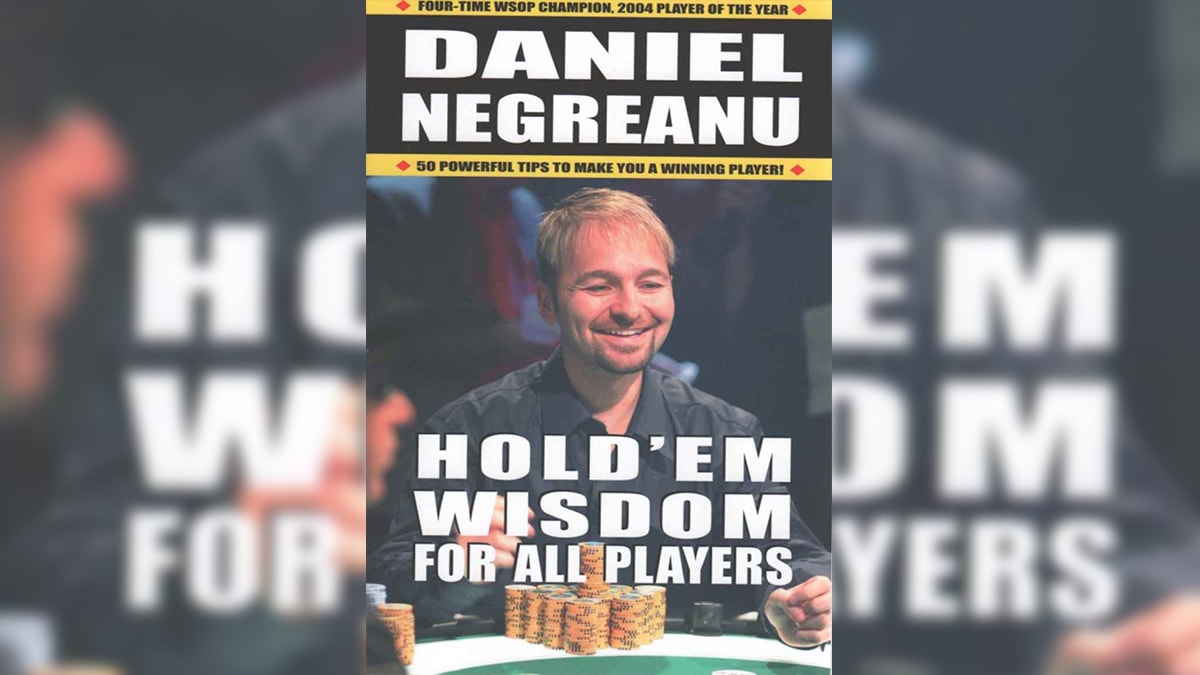 With the heads-up battle between Doug Polk and Daniel Negreanu just kicking off on PokerGO, the poker world is looking to Kid Poker to see if the six-time WSOP bracelet winner can beat Polk with some of the skills that he has taught poker fans over the years.

Skills that he reveals in his 2007 book, Hold’Em Wisdom for all Players.

With well over $40 million in live tournament earnings, Negreanu is probably the most well-known poker player in the world and has featured in Hollywood movies in cameos, too, though the less said about the 2018 film Bodied the better. Suffice it to say that Negreanu’s appearance is, well, bizarre.

Negreanu’s first tome of poker wisdom is put together a little like Lou Krieger’s 52 poker tips, in that it has roughly 50 nuggets of information, it’s just that there’s more information at your fingertips in ‘DNegs’ book.

The book is put together pretty well and reads well, too, unlike plenty of other poker strategy books. It’s easy to bore your audience in poker and lose fans due to being less than entertaining. Negreanu – we’re sure with a bit of help too – keeps the tone conversational and gets to the point about the knowledge that he’s passing on.

There is a little of a dated nature to some of the tips, but that’s to be expected as the information in the book comes a good three or four iterations of optimal play in the game ago.

From switching up the script on play in both cash games and tournaments to asserting control against bullies – something Negreanu himself might claim to have mastered in Twitter terms over recent years – there’s a pro-active, productive bent to the book.

While some of the looser points could use tightening up, for a book written in 2007, there’s a surprising amount of the advice that still rings true. While poker as a game may have changed immensely at the highest level, even a profit-making level, there is a lot of life in the best at the game over the course of decades. In particular, that applies to Negreanu and while he is the underdog to beat Doug Polk in the bitter ‘heads-up-for-a-small-portion-of-your-millions’ battle, his overall reputation is propped up on being in the game for a quarter of a century and still winning big.

You can buy Hold’Em Wisdom For All Players right here, and it’s a poker strategy classic.