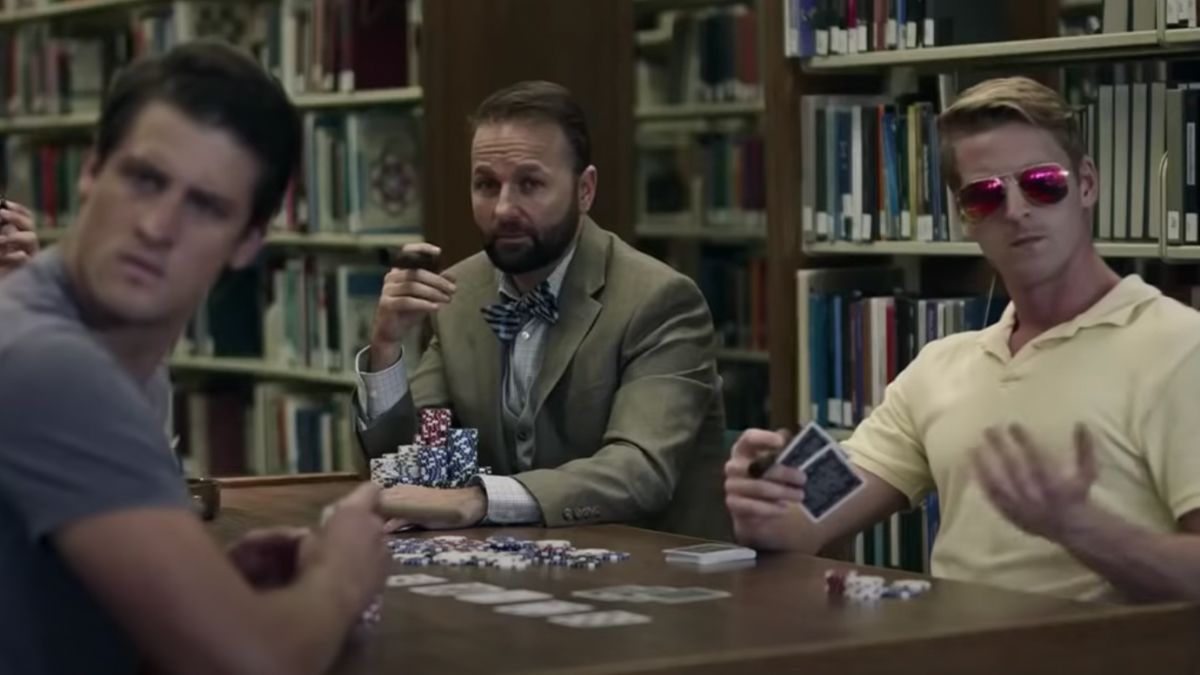 Sometimes, poker is front and centre, dominating the big or small screen with its presence, as fans gather around the box to watch the game in all its glory. Other times, such as the scene in this week’s Poker on Screen, the game is flashed past with barely any time to appreciate whether the makers of the movie got the inclusion of poker right, or very badly wrong. 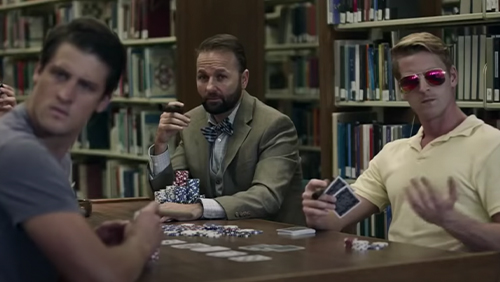 We’ll get to exactly why it’s the latter in due course.

Bodied is a 2018 movie that centres on the notion of rap battles, and of itself, isn’t a bad movie. Highlighting the youth of today’s understanding of offensive language is a neat twist on the ‘all teenagers do is swear’ trope and as a result, the film has a lightly arch touch throughout as it builds to the finale, a rap battle to end them all. In that sense, it’s a little predictable, but horses for courses; the film’s cast were unlikely to all decide that instead of rap battles they might take up the game of poker instead… especially if they learned how to play from the game going on in the library.

Yes, the poker game in question takes place in a library, where the main protagonist is on a video conferencing app on his laptop with a buddy. When shushed by Daniel Negreanu, he apologises – kind of – by making a kind of reverse slur about being gay before then being given the classic line by ‘DNegs’:

“Some of us are trying to study.”

Now, on the face of it, and not having seen that clip, we’d imagine that you have no problem with that line at all. After all, a library is a place for study, right?

In this case, however, the players in question aren’t studying, they’re playing a four-man all-male cash game, which is apparently going on between a professor (Negreanu) and three frat-boy students, since the three lads are all t-shirt-wearing shorter stacks (in two cases, it looks like they don’t even have a big blind between them) who are losing.

Professor Negreanu is a mix of 95% tweed and 5% smart-watch, lending even more of an air of ridiculous nature to proceedings. As he’s delivering the line about studying, he’s raking towards himself a huge pot, which can only make him the absolute monster stack of the four. In fact, optimal play from this point in would probably be to open shove every hand.

That’s the end of the poker lesson and while the main protagonist listens not one word to what’s been asked of him, he does keep the noise down, presumably leading to him forgetting about poker forever. What follows is an awkward conversation about the ‘N’ word (we’re not talking about ‘No Limit’) and the library scene is confined to the books, along with Negreanu’s tweed suit and bow-tie.

Ironically, while the poker scene bombs like 7-2 against every other starting hand, sites such as Metacritic (75%) and Rotten Tomatoes (90%) rate the film fairly highly, with the popular film critic Brian Tallerico writing that the film ‘offers an entertaining window into a culture that most people probably know very little about, but it’s also a clever take on a generation more aware of what’s offensive and what’s not than any before’.

It’s certainly that, but when it comes to the poker, it’s possibly a scene which should have been folded before the script ever made it into the hands of a casting director, and in particular, the wardrobe department.