Home / Casino / No late-night gambling in Massachusetts starting this Friday 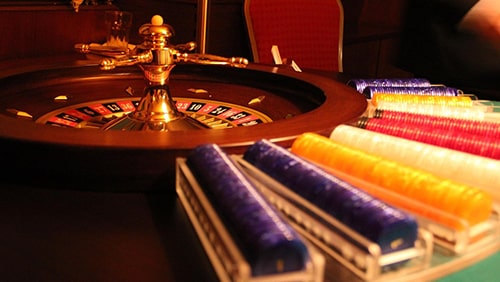 Gamblers in Massachusetts are going to have to alter their schedules if they plan on making late-night casino runs. Starting this Friday, the state’s three commercial casinos will no longer be accessible after 9:30 PM each day because of COVID-19. A reappearance of the virus is forcing the state to take measures to keep it from spreading further, and Encore Boston Harbor, MGM Springfield and Plainridge Park are all going to suffer as a result.

The three casinos were forced to close this past March because of the coronavirus and didn’t reopen until July. Since then, they have been operating at greatly reduced capacities as they tried to get back on solid ground, and the new order by Governor Charlie Baker is going to be a huge step backward. However, with a 278% increase in new coronavirus cases since Labor Day in September, something has to be done to keep things from getting out of control again.

The gambling facilities will, as of this Friday, be forced to shut down at 9:30 PM and remain closed until 5 AM the following morning. This is because Barker has issued a stay-at-home advisory that limits travel to only “essential activity” between 5 AM and 10 PM, and gambling is not included on the list. The commercial casinos were only just getting back on their feet when the new order came down, and all of the gains they saw recently will be undone.

In September, the three venues reported gross gaming revenue (GGR) of $70.5 million – not bad, considering they were only operating at about 50% their normal capacity. That figure is roughly 87% of what had been seen a year earlier, and shows the pent-up desire to gamble that had been percolating in Massachusetts during the previous shutdown.

Encore is expected to see even greater losses, as it has decided that its 671-room hotel needs to be completely closed until the middle of December. It will also curtail the property’s hours of operation further, according to a statement on the venue’s website, and will only be open from 9 AM to 9 PM daily. MGM Springfield is reportedly still figuring out how it will proceed, and said in a statement, “We are evaluating the impacts on operations. We are in this together and remain committed to the health and safety of our guests, employees, and the overall well-being of the state.”

Massachusetts isn’t alone in its changes. Illinois has also announced that it needed to take new measures to thwart a reappearance of COVID-19, and Governor J.B. Pritzker has ordered casinos, as well as bars and restaurants, in certain areas to reduce their operating hours, as well. Starting this Friday, casinos and gaming facilities will need to close at 11 PM each day and, when open, will be limited to 25% their normal capacity.