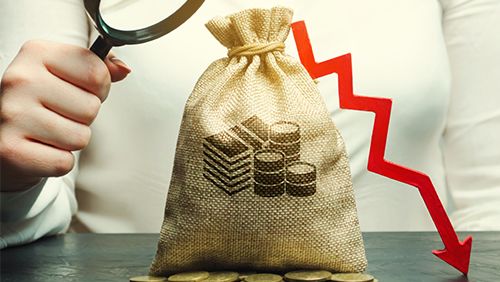 Belle Corp., which owns half of City of Dreams Manila (CoDM), has had a rough couple of years. Things went well in 2018, when it posted a year-on-year revenue increase of $69 million, but that was the height of the gains. Last year, it saw its consolidated net income fall 11% in the first half of the year, and 2020 has hit it even harder. According to its latest filing, Belle Corp., suffering from the casino shutdown in the Philippines, reported a 96% drop in income for the first nine months of the year.

From January to September, Belle Corp. had income of just $1.92 million, down from $52.8 million during the same period in 2019. The Philippines, like virtually everywhere else around the world, was forced to shut down its gambling and other commercial operations because of COVID-19, leading to the company seeing revenue of just $60.06 million compared to the $119.09 million it recorded during the first nine months of last year.

From July to September, the company took a net loss of $2.66 million after having gains of $10.64 million during the same period in 2019. That quarter’s bottom line came off of revenue that had fallen 42%, dropping to $18.69 million from $32.43 million a year earlier. The majority of the losses are directly attributed to the shutdown of CoDM, which caused the company to lose 86% of its revenue from the venue over the first nine months of 2020. It only received $6.717 million during the period, whereas it had been able to rake in $49.19 million for the period last year.

COVID-19 forced the Philippines to either shut down completely or severely handicap casinos from the middle of March until September. Losing a primary revenue stream for six months is enough to hurt any company, and Belle Corp. added in its filing, “The decreases in revenues and profits resulted primarily from Covid-19 related developments. The effects of the pandemic began with declining tourist arrivals prior to the implementation of the community quarantines nationwide and [were] compounded by the temporary suspension of gaming operations at City of Dreams Manila on March 16, 2020 in compliance with government initiatives to contain the virus.”

In addition to the revenue damage done to CoDM, Belle Corp. also took a hit with Pacific Online Systems Corp., a subsidiary that controls online gambling equipment for the Philippine Charity Sweepstakes Office. That entity leases equipment from Belle Corp. for its lottery and Keno operations, and Pacific Online, of which just over 50% is owned by Belle Corp., saw its revenue fall 71% to $4.5 million during the period.

Belle Corp. is also into real estate, including land and buildings that Melco Resorts and Entertainment leases at CoDM for its gambling operations there. This was the only stable item on the books for the period, with the company collected $41.32 million from Melco, the same amount it received last year. However, overall, Belle Corp. saw a 10% decline in its real estate revenue, taking in $48.96 million during the period.