Home / Sports / If Game 1 of the World Series is an indication, this could be a sweep The first game of the 2020 World Series is in the bag, and the stage is already being set for a possible sweep. The LA Dodgers are facing off against the Tampa Bay Rays in the National League (NL) vs. American League (AL) showdown, and last night’s Game 1 was about as lopsided as they come. The Dodgers were able to control virtually the entire contest and, if they keep the same pressure on, this World Series could end after just four games. 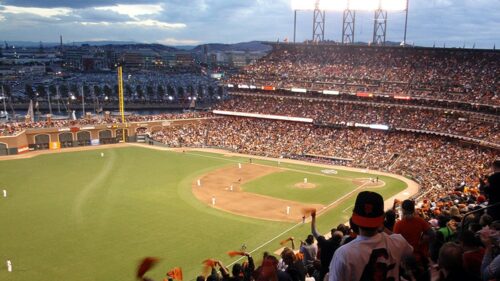 It would take four innings before the game began to see any runs on the board. Thanks to a stellar mound performance by Clayton Kershaw and some even more impressive moves by Mookie Betts, the Dodgers made the 8-3 victory look easy. Kershaw, a three-time Cy Young Award winner, made up for a weak postseason by turning up the heat last night, giving up only two hits, eight strikeouts and one walk. One of those hits turned into a home run before Kershaw bowed out after six innings, but he had already done enough damage to the Rays to make a comeback virtually impossible.

All eyes were on Betts to lead the Dodgers to a win and he didn’t disappoint. A solo home run, another score and two stolen bases in a single inning helped put LA on top, and Cody Bellinger drove home the Dodgers’ position as the leading NL team with a two-run home run. Justin Turner and Max Muncy contributed to the win, as well, putting up doubles that brought players around to home plate for a bigger Dodgers advantage. As an added bonus, the first stolen base by Betts was enough for Taco Bell to honor a bet it made. It promised to give everyone a free taco if a base were stolen during the game, and there will most likely be a rush on U.S.-based Taco Bell restaurants today.

Rays pitcher Tyler Glasnow had a little difficulty, but still managed to put up some impressive numbers, including eight strikeouts. It wouldn’t be enough, though, and the Dodgers forced him to expend more energy than he would have liked. Glasnow would be taken out after five innings when the Dodgers continued to find his pitches, and he’ll have to rest a while now. For Game 2, the Rays are hoping Blake Snell can keep the Dodgers’ bats away from the ball.

That’s going to be a difficult task, and the Dodgers are ready to take the World Series. They’ve made a few appearances over the past several years, but have always had to walk away with little more than a “thank you for playing” consolation prize. However, if the stats hold up, the Dodgers are close to a win. They’re 9-0 in the postseason after allowing three or fewer runs, and this World Series might be over sooner than most baseball fans would like.