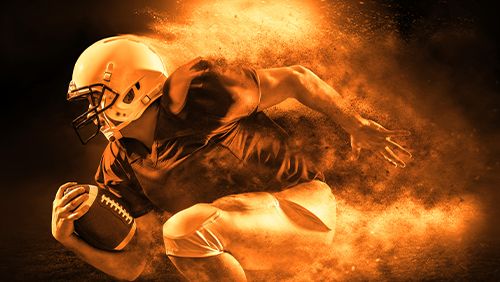 Baseball is marketed as “America’s Favorite Pastime,” but it definitely isn’t the favorite among sports gamblers. That inarguably goes to football, as evidenced by the sport’s continued control of sports gambling markets. The global sportsbook Bodog, like others, repeatedly sees a substantially higher number of bets on football games – both pro and college – than any other sport, and more than all other major sports combined. This past weekend was no different.

From last Friday to Sunday, NFL games attracted 39.05% of the wagers on Bodog, with another 34.49% given to college football games. That 73.49% is the clear winner, with all other sports only receiving bits and pieces of the action. MLB, which was wrapping up its postseason competitions, was the only other sport to hit the double-digit mark, and that was just 12.03%. Everything else was under 3% of the total wagers placed with the sportsbook.

Right after MLB came the Ultimate Fighting Championship (UFC), which garnered just 2.91% of the bets. The English Premier League followed with 2.66%, edging out the 2.29% given to Indian Premier League cricket matches. The ATP 250 in France captured 2.12% of the wagers, while boxing beat out France’s Ligue 1 soccer (1.36%) and the St. Petersburg Open (1.3%) as it collected 1.78% of Bodog’s sports gambling action.

Out of the entire list of sports to choose from this past weekend, the NFL and college football ruled the top-ten list of individual sporting events that attracted the most attention on Bodog, except for one. In the NFL, the Green Bay Packers against the Tampa Bay Buccaneers and the LA Rams against the San Francisco 49ers ran almost neck and neck at 18.86% and 18.22%, respectively, with two college games following in line next. The game between the Georgia Bulldogs and the Alabama Crimson Tide saw gamblers put up 12.91% of Bodog’s wagers, while the game between Bingham Young University and the University Houston saw 8.67%.

The lone non-football game to make it to the top ten on Bodog fell right in the middle. The MLB NLCS Game 7, the game that would determine which National League team would advance to the World Series, was worth 7.88% of the bets on Bodog. The Atlanta Braves and the LA Dodgers were in a race to the finish after the Dodgers tied the best-of-seven series at three apiece, and LA then shut the series down with a decisive win in the last game to make yet another World Series appearance.

The rest of the list was a mix of NFL and college football games, with the New York Jets/Miami Dolphins game getting 7.18% of the wagers. The Jets were 0-5 going into the game, so this was an easy way to pick up some extra money by betting on the Dolphins. The Jets dropped to 0-6 on the season after being blasted by the Fins, 24-0.

By this time next week, there may not be any more MLB action – the World Series between the Dodgers and the Tampa Bay Rays gets underway today. If there’s a sweep as has been predicted, football gambling will become even bigger on Bodog this coming weekend.