Home / Sports / Yesterday was a good day for NFL fans 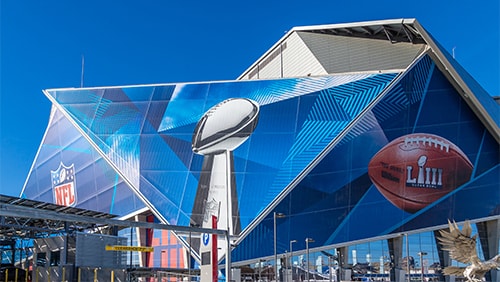 Week 6 is giving NFL fans two reasons to celebrate tonight, with the Buffalo Bills facing the Kansas City Chiefs and the Arizona Cardinals meeting the Dallas Cowboys. The COVID-19 saga has forced schedule changes this season, but football fans can’t complain about being able to watch two games on a Monday. Yesterday’s card was full of action and, after yesterday’s games, where are reportedly ten teams with one win or less – the most in NFL history, except during the labor strike in 1982 that spanned Weeks 3 through 10.

Tom Brady was able to turn up the heat for the Tampa Bay Buccaneers, who didn’t have much difficulty overcoming the Green Bay Packers. The Bucs started a little weak, falling 10-0, but the veteran quarterback rallied to give his team 38 unanswered points. He found a lot of support from his offensive line, who did a great job keeping the Packers defense away. On the defensive side of the ball, the Bucs were just as positive, holding Green Bay quarterback Aaron Rodgers to just 160 yards passing with a number of sacks that seemed to come from everywhere. This game provided the Packers with their first loss on the season, while the Bucs improved to 4-2.

The Cleveland Browns seemed to be getting off on the right foot this season, recording four wins and just one loss as they averaged 38 points per game across the first four weeks of the season. However, they had to face an undefeated Pittsburgh Steelers team yesterday, who didn’t have any difficulty rolling over the Browns, 38-7. Granted, the Browns were dealing with a lot of offensive injuries, but even a fully healthy squad wouldn’t have helped. The Steelers dominated on defense from the start and showed a strong offense that only improved as the game pushed forward.

The San Francisco 49ers continue to disappoint after their Super Bowl appearance last year. They won yesterday against the LA Rams, but they’re not putting up the numbers anyone had expected when the season started. This was another game that relied on quarterbacks to get the job done, with Niners QB Jimmy Garoppolo having an exceptional day. He picked up 215 yards in the air and three touchdowns – and that was just in the first half. However, the Niners faded in the second half, with Garoppolo ending the day with just 268 yards and no more touchdowns. Fortunately, it was enough, and San Francisco won 24-16 against the number-two defense in the league.

Cam Newton came back for the New England Patriots after being sidelined by COVID-19, but he still wasn’t in the game – at least not mentally. The Pats took on the Denver Broncos and looked every bit the weak team they were. The highlight for the Pats came from Newton, who rushed for 76 yards. However, that shows how off the team was, as that was the most rushing yards on the day for New England. The offense was chaotic, but the defense kept the Broncos out of the end zone. However, they couldn’t keep the Denver from getting close enough to pick up one field goal after another – six, to be exact – and the Pats would fall 18-12, giving them a 2-3 record on the season.

The Carolina Panthers gave the Chicago Bears difficulty when they met in Carolina yesterday, forcing the game almost down to the wire. However, the Bears defense proved to be too much for QB Teddy Bridgewater, and Chicago would win the game, 23-16. The Bears offense, on the other hand, needs some fine-tuning if the team expects to make a deep run this season. Quarterback Nick Foles did a good job, except for one key interception, but there were times when the team seemed to be unsure of what to do. Still, it was good enough for a win and the Bears are now 5-1, while the Panthers drop to 3-3.

The Tennessee Titans almost threw the entire NFL season out of whack because of a string of positive COVID-19 tests. Now getting back into a normal groove, they put on their best effort yesterday to give fans a special game against the Houston Texans. Regulation time would expire with the Titans pushing the ball down the field to tie the game (after a questionable two-point conversion attempt by the Texans that failed), and the Titans methodically kept the chains moving to score in overtime and win 42-36. The Titans, in spite of the coronavirus issues, are now 5-0 this season.

The Atlanta Falcons finally found some redemption from an embarrassing start to their season. Going up against the Minnesota Vikings, and only a week after firing their head coach, the offense was on fire, with quarterback Matt Ryan having his best day so far. He picked up 371 yards as he completed 30 of 40 passes and added four touchdowns to his list. It was the first win for the Falcons this year, and also pushed the Vikings down to 1-5.

The New York Jets have to be wondering if it might be time for head coach Adam Gase to find a new team to lead. Thanks to a goose egg against the Miami Dolphins yesterday, with the final score 24-0, the Jets are now 0-6 on the season, and the back office has to be frustrated. Both the Jets offense and defense were overpowered throughout the game, and it has become clear that the team is going to have to make some serious changes if it plans on picking up even just one win this season.

There has been a trend for most games this season to hit the Over, but this wasn’t the case yesterday. Only four games went over, while the rest – eight total – were under. Some of the results were completely off from predictions (the Over/Under on the Jets game missed by 22.5 points and the Texans/Titans game went over by 26), and it will be interesting to see what happens tonight in the doubleheader.