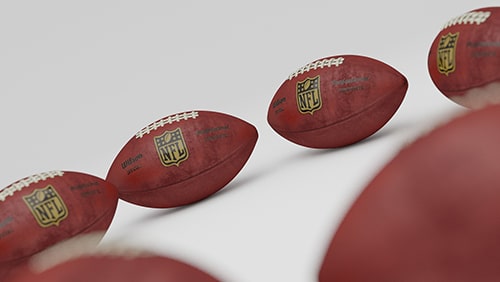 The Seattle Seahawks were looking in great form heading into last night’s NFL game… then it kicked off.

With four wins from their opening four games, the ‘Hawks were expected to roll over the Minnesota Vikings, who had a record of 1-3 before the game.

That’s not what happened.

In the first quarter, The Seahawks remained without a point, and conceded seven. That was almost replicated in the second quarter, with the two teams going into the half-time interval with the score 13-0 to the Vikings, who had not just plundered a lead but deservedly so.

In the third quarter, however, the real Seahawks were back, three touchdowns in quick succession flipping the script and seeing the game swing towards the side who are currently third favourites for the 55th Super Bowl, behind only the Kansas City Chief (4/1) and Baltimore Ravens (6/1). The Seahawks are a best price of 8/1 to win the Super Bowl and it’s precisely because of their ability to dog themselves out of forlorn-looking situations like this. While Minnesota Vikings were down, however, they were not out, and scored again to end the third quarter just 19-21 behind.

The fourth quarter saw the Vikings score again and hopes for a 2-3 record after five games must have been in the minds of the team who have won just once this season and are the most successful NFL franchise never to clinch a Super Bowl, ranking 6th for overall victories, and 7th for a combined number of pre-season and post-season wins. However, despite winning 20 division titles and making 30 playoff appearances, the Vikings are yet to conquer the final step.

It was perhaps with that mental barrier in their minds that with seconds remaining, Minnesota conceded a terrific drive and touchdown to The Seahawks, succumbing 27-26 at the death and ensuring that The ‘Hawks perfect start to the regular season continues.

With five wins from five, The Seahawks are somehow available at 8/11 to make the postseason playoffs, and 10/11 to get more than nine regular season victories. Having dug out another win against the Minnesota Vikings in the last minute, who would bet against the Seahawks going all the way in 2020 and the start of 2021? Not us, that’s for sure.

Watch the highlights of a fascinating and thrilling game right here: