If it could, Australia would have an invisible forcefield surrounding the country that would keep offshore gambling sites from crossing its borders. Any iGaming operator wanting to provide services to Australians must have a license, and this isn’t possible for anyone outside the country. However, this hasn’t stopped some entities from sneaking into the country, and this is where the Australian Communications and Media Authority (ACMA) comes in. The government-led body continues to find and stop offenders, and has just netted two more victims. Users of Fortune Clock Casino and Dinkum pokies need to withdrawal their funds as soon as possible, or risk losing their money permanently. 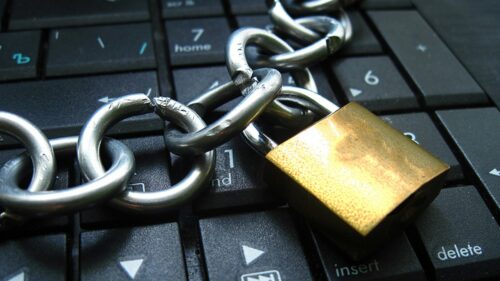 The ACMA is going to ask Internet Service Providers (ISP) to block access to both Fortune Clock and Dinkum, which it determined was illegally targeting the Australian online gaming market. The entity had reportedly received a number of complaints about the casinos’ operations, including issues with poor customer satisfaction and a lack of ability to withdraw winnings. Those complaints led to an ACMA investigation, culminating in their expected banishment from Australian land.

The ACMA conducts its activity in accordance with the Interactive Gambling Act of 2001, and has control over who can, or can’t, provide online gaming services in the country. The legislation was updated last year to give the group more control, and it began cracking down on illegal iGaming operators last November. Since then, it has sent out 150 requests to ISPs to have them block illegal websites, 28 of which were submitted since January of this year.

Australia hopes that, by limiting iGaming to licensed operators, it can protect all gamblers, all the time. This past April, as the issue was becoming more of a hot topic, the New South Wales Office of Responsible Gambling Director Natalie Wright said, “For people that do want to gamble online, you should only use services licensed in Australia, as there are consumer safeguards in place and responsible gambling options, such as the ability to set time and expenditure limits. Overseas gambling websites are illegal in Australia, and people who use them face additional risks than when they gamble with a licensed Australian operator.”

As soon as ISPs react, users of the offending sites, in theory, won’t be able to access their accounts. This would automatically prevent them from being able to touch the money in their online balances, so procrastination in withdrawing the funds would not be a smart move. However, if the sites, in fact, have had a poor track record of responding to withdrawal requests, pulling out the cash might not be an easy task.