Home / Sports / The Saints pull off a win in OT; Titans and Bills face off tonight 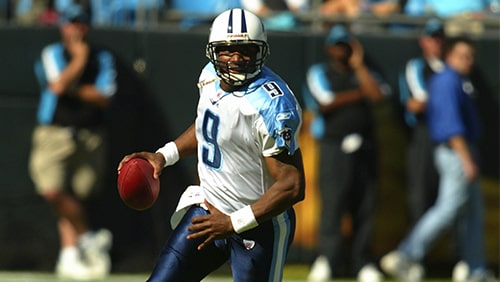 Heading into last night’s Monday Night Football (MNF) game between the New Orleans Saints and the San Diego Chargers, the Saints were heavy favorites to win. They were getting -435 on the moneyline, while the Chargers were getting a very long +345. However, no shortage of football fans balked at the numbers, expecting the Chargers to give the Saints, and gamblers, a run for their money. They didn’t disappoint, either. The Chargers lit up the scoreboard, and it took the Saints overtime and an extra effort to pull off the win.

It never does much good to pick apart a game and wonder what would have happened if things had gone differently, but, if it helps Chargers fans, this game could have easily gone their way. An interception against Saints quarterback Drew Brees gave the Chargers gave the team momentum, and the fact that they were up 20-3 going toward the end of the first half shows the talent they brought to the field. Rookie QB Justin Herbert was on fire, giving his team three touchdowns in the opening half. He would add a fourth in the second half, ending the night 20-of-34 and becoming the first NFL rookie QB ever to throw four TDs on MNF.

Despite the commanding lead, Brees would take charge of the game to bring the Saints back from behind. The defense stepped up, as well, keeping the Chargers out of the end zone until the fourth quarter. Brees, who popped up over the line for his own TD in the game, rallied and tied the score 20-20 about four minutes into the last quarter, and the Chargers were suddenly left feeling a little exposed.

The Chargers finally picked up their fourth TD of the game, but the Saints responded with less than a minute on the clock, tying the score once again, 27-27. That Saints TD came off backup QB Taysom Hill, who had earlier botched a play to the dismay of fans, as he took the ball into the end zone. The Chargers had one last chance to win in regulation and did a good job trying to move the chains, but it wasn’t enough. With five seconds on the clock, they had to go for a 50-yard field goal for the win, but the football took a bounce off the upright, and the game headed into overtime.

The Chargers defense was able to contain the Saints, who had to settle for a 36-yard field goal to take a 30-27 lead with a little more than five minutes remaining. With one last shot, the Chargers found considerable resistance from the Saints defense, and pulled up short of a key first down to turn the ball – and the game – over to the Saints.

Because of the COVID-19 debacle, the Tennessee Titans were forced to make several changes to their schedule, but this may have turned out to be a great thing for football fans. Instead of NFL games played only three days in the week, we get an extra bonus day, with the Titans taking on the Buffalo Bills Tuesday night. The only thing that could force another postponement is if any Titans players test positive for the coronavirus Tuesday morning.

The Titans are possibly going into the game without a lot of players who are out due to COVID-19, unless they are cleared to return. Because of the issues that have kept them off the field, and the fact that the Bills are 4-0, the Titans are +155 underdogs to the -182 Bills. The coronavirus drama on the team kept the Titans from being able to practice for two weeks (although it’s said that unauthorized practices are what caused the outbreak, so anything’s possible), which spells disaster heading into the game. Lack of practice usually means a greater risk of injury in a game, and the 3-0 Titans are looking at a tough situation in tonight’s game. However, with a spread of just +3.5, oddsmakers expect Tennessee to be able to hang in there.