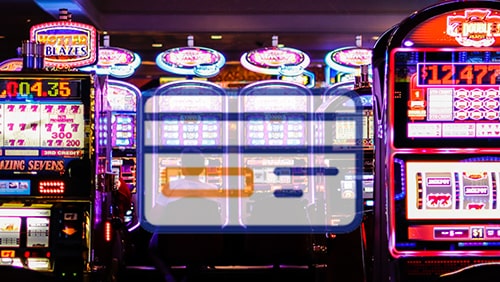 There has been talk of moving toward cashless gambling for a couple of years, and this subject has picked up steam as a result of COVID-19. Las Vegas has already seen the introduction of cashless gaming on a voluntary basis and other gaming hubs are considering similar advances. New South Wales (NSW), however, is taking the idea of cashless gaming in a slightly different direction and is said to be considering measures that would make the use of cashless cards mandatory by gamblers who want to sit down in front of a gaming machine.

The NSW government is exploring changes to existing gambling laws that would introduce sweeping changes to the industry. Legislation that was produced by senior cabinet minister Victor Dominello last week didn’t include a definitive stance on the cashless option; however, he has reportedly been able to drum up support for the idea, which would make it easier for the measure to be introduced before the final rules are approved. The goal of the cashless option is to make it easier for governments to track problem gambling.

Going cashless would mean all gamblers who want to play a poker machine would have to first register with the government to receive a card. The card would be preloaded with money and linked to NSW’s exclusion registry in order to identify anyone who has opted to be excluded from gambling activity. While not specifically mentioned in an article by The Sydney Morning Herald, the cashless card would enable the government to instantly know who is gambling at poker machines, and how much they’re spending.

The idea hasn’t been met with a lot of enthusiasm by operators of the machines, or of the bars and clubs where they’re found. The head of Clubs NSW, Josh Landis, told the news outlet, “Gaming revenue has fallen 14% year-on-year as a result of the 10-week industry shutdown, while food and beverage takings are down 60% to 70%. I don’t think anyone would agree that the middle of a pandemic is the right time to introduce onerous new compliance requirements.”

Dominello has oversight of the gambling regulations in NSW and his proposal for changes to gambling laws included the use of facial recognition as a means to counter problem gambling. It’s not beyond the realm of possibility that both measures are introduced, but there has not been any information provided regarding who would foot the bill. NSW has around 95,000 poker machines, and the expense associated with introducing a cashless option to all of them that can do what the government wants would be substantial.

Gambling opponents are obviously on board with the measures and a cashless option and are giving their support to Dominello. According to Tim Costello, the chief lobbyist for Alliance for Gambling Reform, asserts, “It is immensely encouraging to have a minister responsible for gambling in NSW seeking significant reform to support people experiencing issues with gambling, and also speaking about the harms poker machines do in what is effectively the non-casino pokies capital of the world.”