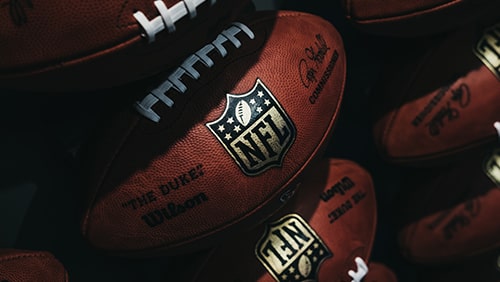 Monday Night Football (MNF) for the NFL last night was expected to be a battle of the ages. Two teams with 2-0 records, the Kansas City Chiefs and the Baltimore Ravens, duking it out on the football battlefield to see who was the best. If that was the best the Ravens could muster, they’re in for a long, cold winter. It seems the oddsmakers were completely off-base with this game, but those who selected the underdog had a great day.

Patrick “His name isn’t Pat!” Mahomes was on fire for the Chiefs. The Super Bowl MVP quarterback took control of the contest early on and refused to let go. He was able to move around in the pocket and avoid getting hit while looking for his targets downfield. By the end of the night, Mahomes would go 31 for 41, picking up 385 yards and four touchdowns. He even picked up 26 rushing yards and scored another touchdown on his own while throwing no interceptions and not getting sacked. By the end of the first half, the Chiefs were already up 27-10.

Things would only get worse for the Ravens from there. Head coach John Harbaugh had difficulty countering a Chiefs playbook that brought in dominating plays on both offense and defense, and said of the Chiefs after the game, “They beat us, they out-executed us. They out gameplanned [sic] us. They just beat us. That’s the story tonight. Big picture stuff, all that, I don’t know. They’re better obviously, they’re a better football team at this point in time.”

Before last night, the Ravens had been on a regular-season winning streak that lasted 14 games. The Chiefs made easy work of breaking that trend, while capturing their twelfth win in a row. Mahomes would make sure haters recognized that he’s worth every penny of the $503-million, ten-year extension he signed in the offseason as he placed an exclamation mark on his team’s 27-20 lead. Heading into the final minutes of the fourth quarter, he led a 13-play drive that helped chew up precious time, converting a third-and-five and a third-and-ten to keep the clock running. With just over eight minutes left, he flicked the ball to an unexpected target for the final touchdown of the night, extending the Chiefs’ lead to 34-20. That target was right tackle Eric Fisher, the most unexpected target the Ravens could have imagined.

The NFL is moving into Week 4 and the Chiefs could suffer a defeat at any time. They take on the New England Patriots this Sunday, and this probably won’t be the game that gives them their first loss of the season. The Chiefs are getting -280 and a spread of 7, while the Pats are looking at a moneyline of +230.

Of course, strange things can happen. The Ravens were getting -182 to beat the Chiefs, but couldn’t pull it out. To add insult to injury, the Over/Under of 54.5 was expected to be a little light and it almost was. Much of the action went toward the Over, but this missed, too.  Chiefs kicker Harrison Butker missed a simple point after kick, causing the Over to fail by half a point.