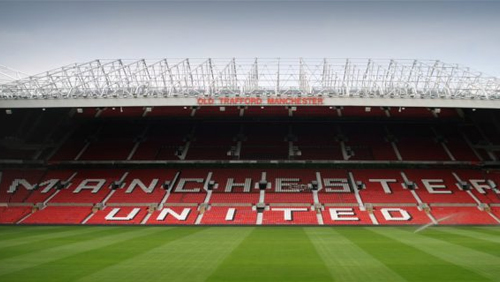 The EFL Cup returns this Tuesday and Wednesday and there are some mouthwatering ties to look forward to from an EFL Cup sportsbetting perspective. We’ve taken a look at four games that are taking place and how best to profit from them if you’re betting on the EFL Cup.

Yes, life imitates social media more and more in these heady days of fan-free football and Luton Town will hope to profit from United’s inability to freshen up their squad when they host the fallen glory side at Kenilworth Road.

We all remember what happened in August of 2014 at the MK Dons Stadium, don’t we?

United are sure to face a side desperate to beat them early on, and while we think the Old Trafford outfit will eventually triumph to spare their blushes, possibly having to bring on some supersubs, The Hatters could shock them early on. The comeback is a mouthwatering 9/1.

Our tip: Manchester United to win from behind (9/1)

Elsewhere on Tuesday, we like the look of cup specialists in recent years Newport County to take what is sure to be an extremely weakened Watford side to extra time, which is 16/5. Watford have lost players such as Abdoulaye Doucore in a summer of change and with the transfer window only open for another 10 days, plenty of Hornets players won’t want

Leicester City and Arsenal have both kicked off the Premier League season with two wins out of two and sit comfortably at the top of the league. Both sides are bound to make changes in their Carabao Cup clash at the King Power Stadium. but it still represents the highest-placed two teams who face each other in this round.

Brendan Rodgers has brought in Roma winger Cengiz Ünder on loan from Roma with an option to buy and might take the opportunity to see how well the Turkish player fits into the team on Wednesday night. Likewise, Mikel Arteta has to keep plenty of attacking players happy in North London, so expect to see an open, attacking game with plenty of goals.

At the New Den, it’s not likely to be one for the purists as Millwall and Burnley clash. With Sean Day he’s side looking out of their depth against Leicester on Sunday, gaps in defence that are usually filled by Ben Mee and James Tarkowski looked wide open. To combat this, Burnley may have to rely on scoring more goals than usual, a little like they achieved at the weekend with goals from Richard Dunne and Chris Wood.

Frank Lampard will be expected to shuffle the pack for his Chelsea side as they host Barnsley on Wednesday night. With Timo Werner goalless after two league games, expect Lampard to rest him and give some gametime to players such as Callum Hudson-Odoi and Olivier Giroud. The Frenchman in particular is often deadly against inferior opposition and in a victory for the home side is a great price.

Our tip: Olivier Giroud to score and Chelsea to beat Barnsley (3/4)

With Premier League side expected to make a raft of changes in this round, keep an eye on late changes to a side revealing their limited desire to stay in the competition. In this regard, keep an eye on Hull at West Ham and Brentford at West Brom if David Moyes and Slaven Bilic respectively make widespread alterations to their line-ups and be prepared to cash out in-play if you’re getting a better than expected return and the home side are fighting back.

Manchester United to win from behind  (9/1)

Olivier Giroud to score and Chelsea to beat Barnsley (3/4)