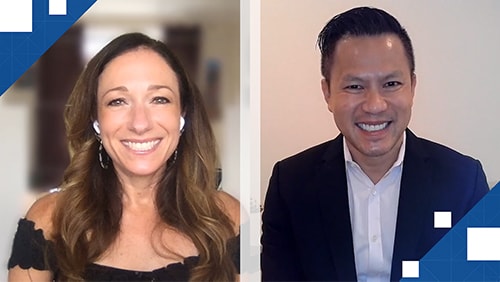 The gambling industry can find a lot of benefits from Bitcoin SV (BSV), but it’s easy to get confused by all of the other blockchain offerings out there. Thankfully, the CoinGeek Live conference is here to clear up all the questions you might have, and Bitcoin Association Founding President Jimmy Nguyen joined our Becky Liggero Fontana on this week’s episode of the Long Con to extend an invite.

Nguyen began by explaining just how the industry got to the point it’s at. “Bitcoin and blockchain came out with this promise of excitement, and then people kind of got bored with it,” he said. “And the reality is because of two things. The Bitcoin blockchain under the form taken by what we call BTC, Bitcoin Core, which many people think is Bitcoin, did not effectively scale. Meaning, it didn’t grow to be able to support huge numbers of transactions, fast, at super, super low cost. So people stopped using it for what it was born to be, which is in the title of the Bitcoin whitepaper, ‘A Peer-to-Peer Electronic Cash System.’ Electronic cash we use every day. Its network became congested and slow. The fee it costs to send a Bitcoin transaction would spike anytime there’s huge amounts of traffic on the network, to sometimes $4, $6, $8, at one point $40 per transaction. You’re not going to use Bitcoin in daily life if it might cost you $40 just to send a transaction, including for gaming.”

“And then in addition, there became too many blockchain and cryptocurrency projects,” he added. “Everyone started looking at creating their own coin, Becky Coin, Jimmy Coin, Whoever’s Coin, to make a quick buck in that ICO (initial coin offering) craze that happened. And so we live in a world today with over 5,000 digital currencies and well over 100 blockchain projects. That’s way too many, and it’s caused confusion among businesses as to, ‘Well wait a minute, what am I supposed to use? How are they supposed to interoperate with each other?’ And I think that confusion really slowed down the growth of blockchain technology.”

The last problem, especially for gambling companies that have yet to make the leap, is figuring out just how to do so. “Companies had not created easy to use applications for games, to integrate payments into existing games, people talk about using the blockchain for automated smart contracts and decentralized gaming applications that automatically take wagers and pay out depending on the outcome of a sports event or a casino game, and in theory that is all possible,” Nguyen said. “But with so many people trying to build so many things on so many different blockchain platforms, so many different cryptocurrency coins, it became a bit of a big mess.”

BSV solves all of these problems. “We view Bitcoin as also a data infrastructure; it’s a network protocol, just like the internet protocol is the ruleset which drives communication of data through the internet, Bitcoin can be more than just this digital asset that’s sent around. It’s network; it’s really another ruleset for sending data between devices, computing devices,” Nguyen explained. “And if you allow it to grow, to scale really big to be able to process huge amounts of Bitcoin transactions, which are just sending data which you attach money value to… if you allow that to grow to a really, really big scale, you create this bigger network that can be used to power payments of all types, big and small, even down to the micropayment of $0.01, less than a cent, for all of our digital interactions, and then you can have all of these blockchain applications that people are trying to create, instead of a hundred different blockchains, on one.”

To learn how we can achieve that goal, Nguyen invites the gambling industry to CoinGeek Live. “CoinGeek is our worldwide series of big blockchain business conferences, focused in particular on Bitcoin SV, but we welcome speakers as well as attendees who are just generally interested in any digital currency or blockchain, and want to learn more about its application in the world.”

As with most 2020 conferences, CoinGeek Live will be digital. “We’ve formed two broadcast studios; one in New York where I will host and anchor from, and a second one in London to get our Europe speakers to,” Nguyen said. “And we’ll be synching the two to provide a more interactive multi-media experience over 3 days, September 30, October 1 and 2. It’s free to register, go to coingeekconference.com.”

Nguyen was happy to explain what the gambling world can learn from their lineup of speakers. “For the gaming industry we have a track of sessions that’s really focused on them,” he said. “One about iGaming and the use of Bitcoin blockchain for iGaming applications, we’ll be discussing that. And particularly using the ledger for auditability, verifiability of transactions, which is important to satisfy auditors, regulators, affiliates who often complain about not getting paid the right amounts of money, you can automate a lot of that and create more transparency using the blockchain.”

“We also have a session about cashless casinos, that’s a big trend we’re hearing about now because of concerns with safety due to the Covid pandemic,” he added. “There are a lot of people who do not want to deal with physical cash anymore or even credit cards, so the regulators in various jurisdictions are encouraging land-based casinos to form systems to be able to create a cashless playing environment in casinos. So we have a session about that including a company from the U.S., Bitboss, which is designing technology to enable just that, a cashless casino environment for land based casinos.”

Watch the full video to see how failing to adapt to new technology has affected major businesses over time, and to see Nguyen discuss his background, including his time in the world of gambling, and how he got into the world of Bitcoin. And don’t miss out on CoinGeek Live, starting September 30 and running until October 2. Reserve your free tickets for the CoinGeek Conference now.