Home / Sports / Rugby Championship 2020 to be played out in Australia 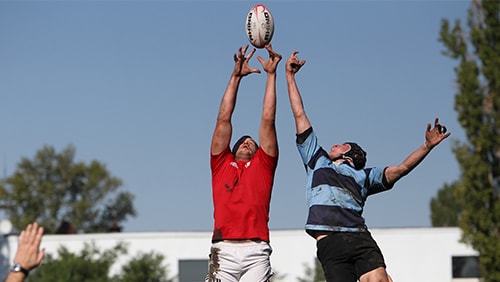 A condensed version of the Rugby is set to be played in November, with Australia winning the rights to host the 2020 Rugby Championship. The annual southern hemisphere tournament is set to include Argentina, Australia, New Zealand and South Africa in a six-week, 12-match tournament. All the sides are expected to be based in hub style environments for the duration of the tournament in Australia.

New Zealand were initially considered the front runners to host the tournament, but strict biosecurity measures put in place by the New Zealand government made this impossible. Australia was viewed by tournament organisers as a more commercially favourable option.

SANZAAR CEO Andy Marinos was delighted to end the speculation over the tournament’s format and location.

“Traditionally TRC is played as an international, cross-border series of home and away matches between Argentina, Australia, New Zealand and South Africa but due to the pandemic this is not possible this year,” Marinos said.

“We have, therefore, worked very hard as a group to ensure TRC takes place this year, albeit in one country, and SANZAAR was meticulous in assessing the two options for hosting presented to it by New Zealand Rugby and Rugby Australia”, he added.

Marinos revealed that the decision to award the tournament to Australia was based on the government required quarantine protocols and the commercial guarantees offered by Australian Federal and State governments.

“SANZAAR determined that the Rugby Australia submission was the most desirable and workable in terms of tournament logistics for the essential pre-tournament preparation period and the six-week tournament itself,” Marinos revealed.

The decision was met with disappointment in New Zealand, as Kiwi Prime Minister Jacinda Arden questioned the politics behind the decision. Arden took the unusual step of easing New Zealand’ quarantine measures to allow the Wallabies to play the All Blacks in New Zealand. The two sides will meet on October 11 and October 18 for the Bledisloe Cup.

Rugby Australia CEO Rob Clarke was relieved that the international rugby season has been confirmed and thanked the New Zealand government for their efforts in lobbying for the changes to quarantine.

“Thank you to New Zealand Rugby and the New Zealand government for the flexibility and support over the last week, to find a mutually agreeable solution,” Clarke said in a statement.

New Zealand have held the Bledisloe Cup since 2003 and the Australian squad are expected to leave after the Super Rugby AU final between the Reds and Brumbies.