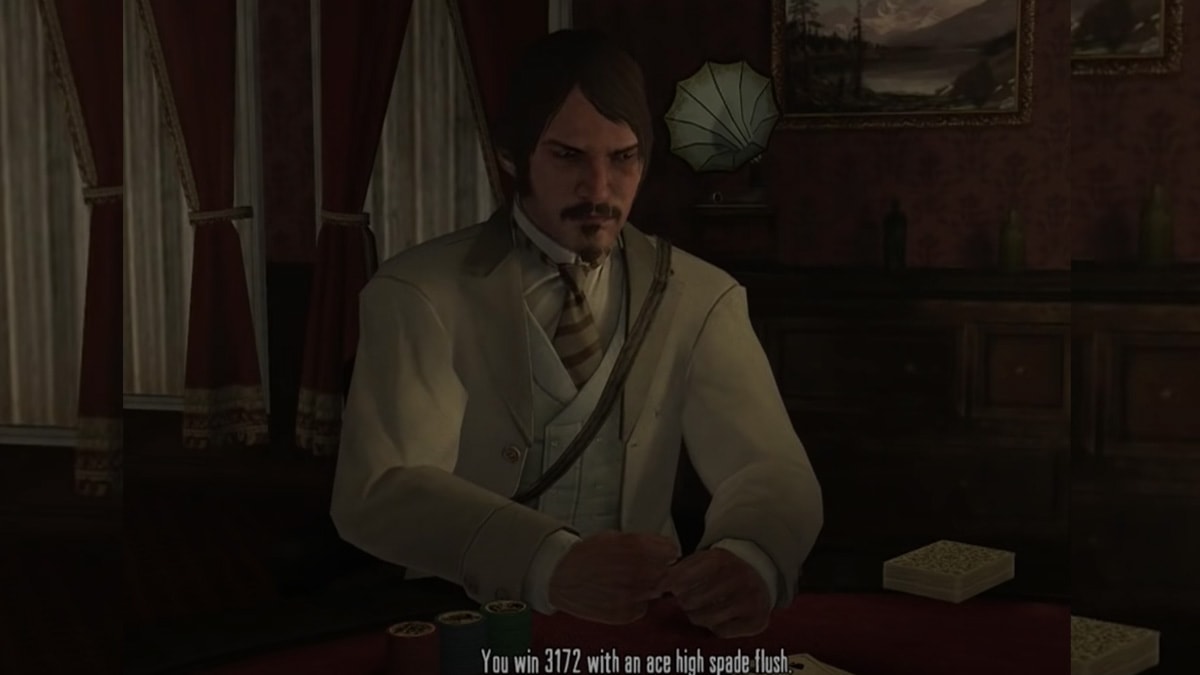 Some video games involve poker to improve its credibility or earn a higher certificate and make gamers think that the ‘18’ rating adult content is going to be sassier that simply bad guys swearing at each other as they pull out their guns. In the case of 2010’s Red Dead Redemption, widely acclaimed to be one of the best, if not the best video game of all time, there was no need. John Marston, the main protagonist who you enjoy the game as, was a foul-mouthed sharp-shooting gang member who was prepared to kill or be killed in pursuit of saving his wife and young son.

There was no need to add in poker to make his seem more hardcore.

Possibly due to the unnecessary addition of the game, the poker in Red Dead Redemption is great. Not only can you play the game pretty close to how you might if you really were out in the Old West toting around a revolver and riding to the poker table on horseback, but the games are good. There are several challenges in the game that require Marston to prove his poker chops at the table and while any experienced poker player won’t take long cracking them – you’ll have to bluff, make profit and get the better of an opponent heads-up – there is a lot of fun to be had in doing so.

Poker in Red Dead Redemption can go badly wrong, too. If you at any point lose a hand and go on tilt, then just like shooting someone in the streets of Blackwater, the cops are coming after you, or, more precisely, the sheriff and his men.

There is also, quite brilliantly, the chance to get into a very personal dispute with whoever you’re playing. Let’s say that you lose and get your gun out. Sooner or later, unless you manage to slaughter everyone, you’re going to get caught. But better than that, you can get involved in a duel with the player you have beef with.

Before you know it, you’re out in the street and kicking your spiked heels in the dusk ready to draw your weapon in a mano-a-mano duking it out party for two. Shoot the other guy first and you’re aces, get ourdrawn and you’re in the muck, never mind your cards.

John Marston has a natural belligerence that perfectly suits poker in the Wild West. It’s like he arrives at the table in the same kind of mood Daniel Negreanu might be if he was offered a pork chop upon arrival, or Mike Matusow if he was offered anything whatsoever.

Playing poker in Red Dead Redemption is a whole lot of fun and while its crucial to the completion of the game only in regard to a few missions, making it part of Marston’s personality should be your goal. He’s hilarious if he loses and in no way magnanimous if he wins. No-one could survive without a shootout if they were John Marston in real life, but when a video game is as much fun as this, who needs real life?