Home / Poker / Could your new Poker Club be on Nintendo Switch? 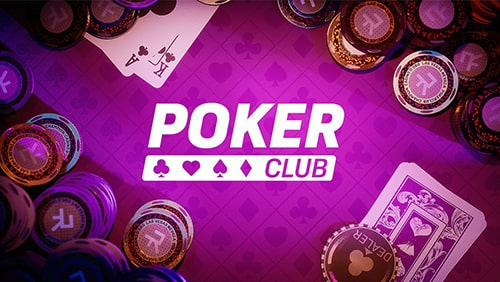 That certainly isn’t the case when it comes to Poker Club, which is a bona fide attempt to bring the game we all know and love from casinos, Las Vegas and our own home games to the console.

Announced by Ripstone Games this week, Poker Club will also be available to play on the Nintendo Switch and before parents worry that gaming could lead to gambling, the push for the game isn’t about simply staking your bets and winning or losing. The idea behind the game is to put poker in the area of a ‘social experience’ that finds a way to connect console players and bring poker players and fans to video games.

Developed on the Unreal Engine – a possible cause of concern should Apple follow up on its Fortnite dispute by limiting the mobile availability through the App Store of other games – Poker Club looks a lot like the PKR poker site that relied heavily on the innovative graphics and avatar-led entertainment, albeit it for real money.

Poker Club is intended to provide a highly realistic experience, and ‘the most immersive and social poker simulation ever’, so expect to end your night queueing for the last taxi in Barcelona while scrolling through the tournaments you could register from 11am the next day. In all seriousness, though, you can see that the work has gone in before this game has been released.

You can play across platforms, so if you’re on PlayStation 4 and your poker-playing friend is on Xbox, it needn’t stop you taking bragging rights that will last until the next time you shuffle up and deal.

There are many different modes you can play Poker Club in, with a PCC Poker Tour being the online career mode that keeps giving. You can also pitch up in Multi Table Tournaments (MTTs), as well as Sit N Go’s, Turbo and Bounty tournaments and much more. You can customize your own private ‘home game’ too, as well as doing the same for cash game style tables and tournaments.

There’s even a poker tutorial mode to get you up to speed on the way to play if you’ve never played poker before, so this could be the first experience of playing poker for some of the stars of the future.

Ripstone’s Phil Gaskell, says that “Poker Club is going to be the ultimate poker experience when it launches this year”, and that it won’t just make use of next-gen tech to conquer PC and console gamers but “more importantly, it will offer players a highly immersive social experience.” As Gaskell describes, the makers have crammed in everything they’d wish for themselves in a poker game.

“Players can enjoy the fantasy of living the life of a poker pro, touring the incredible locations you might see in TV and films. The in-game clubs and huge range of events combine to create a refreshing new poker experience, bringing players from around the world together and offering more ways to play than ever before on PC and console.”

With Poker Club coming out in time for Christmas on Nintendo Switch as well as other consoles, it could be a sleeper hit across all platforms as those who love poker – a growing percentage of the world’s population of 7 billion – play for bragging rights in their favourite new Poker Club.

Interested in buying Poker Club when the game is released later in the year? You can check out the trailer right here: