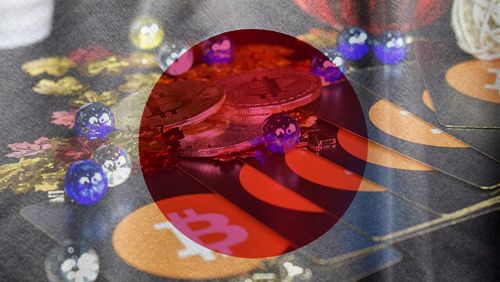 The future of Asia is always a complicated topic, but a panel of experts at SBC Summit Barcelona Digital attempted to tackle how the gambling industry can adapt to the ever-moving trends of the continent. Without much guaranteed in the way of regulation anywhere, the panel focused quite a bit on the products and technology that can make a difference.

Japan, which could still be years away from regulated online gambling, is showing a budding interest in Bitcoin. Andrea Bellezza, VP of EU and Asia Pacific for KaFe Rocks, has been scouring SEO data and had this to share:

“Users are definitely searching on how to play and how to gamble with Bitcoin. I think it’s a new kind of user, maybe not the one we were used to like 5 years ago, 10 years ago. It’s like a more young audience, that has Bitcoin saved from other business or joint venture, and now they’re trying to spend those Bitcoin. And we’re seeing a bit of a growth there, biggest interest from Bitcoin, is definitely something to keep an eye on.”

Anutosh Chatterjee, iGaming & Betting Consultant, also noted an increased interest in Bitcoin from India since the beginning of the Covid-19 pandemic, but noted that generally speaking, cash is still king in India, and users aren’t lacking for payment options to use.

What they are lacking for is regulated gambling options. “India’s 1.3 billion people, out of that, 65% of the population is below the age of 35,” Chatterjee shared. “So you have a huge middle-class, young, urban, earning individuals who would really have quite a bit of disposable income to spend on various things, including gaming.”

While it may be the wild west of gambling options, he noted that the estimated gross gaming revenue (GGR) for Indian facing operators has reached $100 billion. “There’s a famous proverb in India. They say, Even if you have a shitty product, you’ll still make money from India.”

Moderator Rosalind Wade, MD, Asia Gaming Brief, also asked about the recent decision by the Premier League not to renew their TGV deal with China’s PPTV channel. Michael Charlton, Asia Pacific Director of the GVC group and based on Beijing, noted that while there’s an obvious harm to the operators who chose to sponsor teams, China wouldn’t much care. Any operator targeting Chinese gamblers would have had to be based outside of China, so the gambling industry ends up not much more than collateral damage in a trade war.

The SBC Summit Barcelona Digital runs until September 11. If you’re attending the event, come visit us at the CalvinAyre.com booth, or stay tuned here for all the latest coverage.