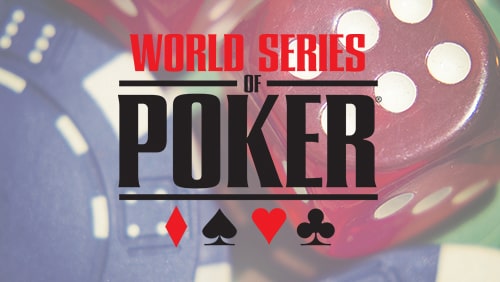 Winning any World Series of Poker bracelet is something special, but to win the biggest single online poker prize of all-time in the WSOP Main Event is a truly amazing feat to achieve.

That honour rests with Bulgarian player Stoyan Madanzhiev after he won the $5,000-entry WSOP Main Event on GGPoker this weekend for a massive top prize of $3,904,686 in total.

The path to his glory did not start with a dozen players left, with 5,802 entries the total number for a groundbreaking WSOP Main Event. That was the stage when Madanzhiev enjoyed his now-famous one-outer that propelled him on his way to victory. All-in, Madanzhiev hit a three on the turn having gone to the flop well behind his opponent with ace-three against ace-nine. With two players at the table having folded a three, it was the last one in the deck that came to save him.

From there on in, Madanzhiev must have felt like it was destiny for him to improve his cashes on GGPoker from just over the amount of the buy-in ($5,000) to just under $4 million in a dream-come-true play-out.

As the final day field reached the final table, there were some big names still in contention for the top prize. Some saw their hopes shot down in flames early, however, as Samuel Taylor was first to depart the final after a dramatic final hand for him.

Taylor had pocket nines and bet every street on the 7-3-9-A-Q board only for Wenling Gao to spectacularly win the pot with pocket aces having made a better set on 4th street.

Next to leave was the experienced player Tyler Cornell, who was all-in for a little under seven big blinds with ace-jack. Called by Tyler Rueger with queen-jack, the queen on the flop put Cornell in massive trouble and he couldn’t recover.

After Stefan Schillhabel lost a coinflip against Gao with pocket tens shot down by ace-king, an ace-high four-flush arriving on the turn, it was Joao Santos who busted in 6th place, Tyler Rueger called Santos’ three-bet shove with ace-deuce, Rueger holding ace-king to carry the win home.

With five players left, Satoshi Isomae cashed for $949,937), the final six-figure sum when ace-queen was shot down by the eventual winner Madanzhiev, who called off bets on flop, turn and river to win a massive 80 million-chip pot with jack-nine, having flopped two pair. Isomae’s cold bluff with ace-queen hadn’t worked, with just ace-high at showdown.

That meant Madanzhiev only had a marginal lead, 147 million to Gao’s 141 million, but a short time later, it was all over. Gao made it 1.6 million at blinds of 400,000/800,000 and Madanzhiev called to see a flop of 3-4-5 rainbow. Gao raised from 1.7 million to 3.9 million on the flop, and on the 8 turn, Gao led for 5.6 million. Madanzhiev made it 15 million to go and Gao moved all-in for her remaining 81 million total. Madanzhiev, having slow-played 6-7 on the flop, had the best hand by far, Gao’s pocket aces no good against the straight and without even a river sweat, Madanzhiev became champion, leading to the man himself celebrating in a video released by the World Series of Poker and GGPoker on Twitter.