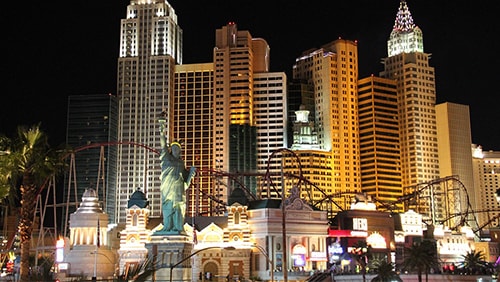 When casino industry analysts first started assessing the economic impact on Las Vegas as a result of the coronavirus pandemic, several saw an extremely long road to recovery. They forecasted that three years or more would be needed for things to return to normal, but later projections cut that time down significantly. As the COVID-19 threat continues to linger, so does the threat of continued poor performance for the gaming industry, and another industry analyst has now weighed in on what everyone should expect. According to Macquarie Securities analyst Chad Beynon, Las Vegas and the Strip won’t be able to return to normal until 2023, and even that hinges on one key element.

The precursor to Las Vegas being able to return to normal is the successful introduction of a COVID-19 vaccine. According to Dr. Anthony Fauci, head of the National Institute of Allergy and Infectious Diseases and the man who has spearheaded most of the recovery efforts in the U.S., that vaccine is coming, but possibly not until the end of the year. In the meantime, the country is still dealing with occasional spikes and outbreaks as it works to keep the virus from being able to take over.

If that vaccine is delayed or proves to be ineffective, the timeline for Las Vegas’ recovery will have to shift. Beynon believes the city’s immediate future hinges on the vaccine and asserts, “We believe with a [COVID-19] vaccine, the Las Vegas market will see a quick recovery, and our bull case scenario points to 2023 being the break-even year.” After being able to break even, there will still be a lot of work needed to put Las Vegas where it anticipated being three years from now before COVID-19 slammed into the city.

Nevada has always been focused on gaming and tourism as its main sources of revenue. Tourism gave the state $19 billion last year – $6.8 billion from the Strip casinos – and accounted for 450,000 jobs. However, the Silver State’s unemployment rate jumped to 28.2% this past April and now sits at around 15%, 5% higher than the national average. Additionally, the revenue in the state has been off by as much as 61.4% compared to last year’s figures.

Several new gambling venues have been in the works for Vegas over the past several years, and they now face a predicament. With launches planned between this year and next, the idea of trying to ramp up operations in the wake of a global pandemic is not a welcome one, and the developers and operators behind the properties are put in a precarious situation. One of these projects is Resorts World Las Vegas (RWLV), which had expected to be open between the last quarter of this year before pushing out its debut to next summer. A launch at that time is a losing proposition.

According to Samuel Yin Shao Yang, an associate research director at Maybank, RWLV will face a lot of challenges as it looks to open. He explains, The United States is now the country worst hit by the COVID-19 pandemic. If the COVID-19 pandemic in the United States does not stabilize by the time RWLV opens in the summer of 2021, we fear that it will generate losses.”

RWLV, a $4.3-billion Genting Berhad property being built in front of Wynn-owned Encore on the Strip, has backing through Genting’s other operations, like Resorts World Sentosa in Singapore. However, there is also a threat to the operations, as another Genting subsidiary, Genting HK, is facing a lot of financial difficulty. The longer COVID-19 is a threat, the longer the recovery process for many industries will take.