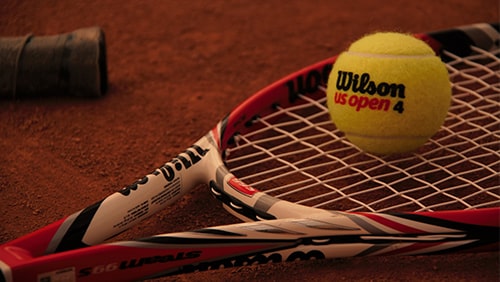 On the eve of the U.S. Open, men’s tennis has been split, with a breakaway group of players insisting that they want to leave the ATP and form their own Players Council in protest at the treatment of players by the governing body of tennis.

Led by Novak Djokovic, the proposed Professional Tennis Players’ Association is in direct competition with the ATP Players Council, which Novak Djokovic quit to set up this independent player body.

Djokovic is also in direct conflict with the other two men who form the ‘Holy Trinity’ of male tennis legends – Rafael Nadal, Roger Federer and the Serbian himself. Both Nadal and Federer remain members of the Players Council in the ATP, and Andy Murray hasn’t joined the splinter group either.

That said, well over five dozen players have signed up, including players such as John Isner, and Vasek Pospisil, the Canadian being one of the players who are behind the PTPA too.

Djokovic nailed his colours to the mast after he took down the Western and Southern Open, saying that he had “read in the letter from the ATP that they think the ATP cannot co-exist with this association. I have to respectfully disagree. Legally, we are 100% safe, and we are allowed to form the player association. We are not calling for boycotts, we are not forming parallel tours. This is an important step for players, and for the sport as well. We just want to have our own organisation that is 100% ours. We are definitely going to try and work with ATP, and all the governing bodies.”

That is in direct conflict with the ATP’s stance, and that of Nadal, Federer and Murray. Nadal said on social media that “the world is living a difficult and complicated situation. I personally believe these are times to be calm and work all of us together in the same direction. It is time for unity, not for separation. These are moments where big things can be achieved as long as the world of tennis is united.”

Roger Federer, keen to ally with his Spanish rival, also put his two cents in. “These are uncertain and challenging times but I believe it’s critical for us to stand united as players, and as a sport, to pave the best way forward.”

Milos Raonic disagrees, saying that players were ‘kept in the dark’ for six months, and is proud and happy that Djokovic is leading them.

“We have a former player leading us,” he said. “I hope they step up and they work a bit more with the players like we would have expected from a former player.”

With the WTA forming a tentative alliance with the ATP, it would seem this war of words is going nowhere, especially the longer Djokovic lasts in the U.S. Open, which kicked off today.