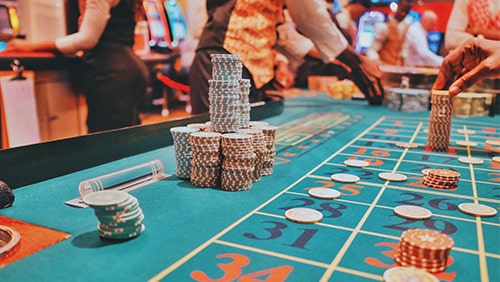 A Thai lawmaker has discovered that if you legalize gambling, the government can make a buck off of it. But just as Mongkolkit Suksintharanon has begun proposing a legalized scheme for his countrymen to gamble in, allegations of corruption could bring him down.

Mongkolkit, leader of the Thai Civilized Party and a party-list MP, has suggested on August 31 Thailand construct its own “Entertainment Complex.” Ideally, such a complex would have a casino, hotel, theme park, and other entertainment facilities. Prefering the complex to be built next to a tourist destination, like Bangkok or Phuket, Mongkolkit specifically sees the idea as a way to gain new tax revenues.

But he also implied an expansion into online gambling “There are many online gambling websites running in foreign countries for Thai people,” Mongkolkit told the press. “The websites were running legally while it was illegal for Thai gamblers to play. There is also no taxation charged for gamblers and the Revenue Department is still confused about the law since it is ambiguous.”

“Therefore, it is also recommended that taxation should be charged from online gambling websites for about 5-6 billion a year,” he said. “Since Thailand currently has insufficient income from tourism and exports, the government should consider legalizing what is illegal and bringing the tax into the country. This should be useful for the whole country.”

The big question is if the idea will go anywhere, considering Mongkolkit has recently been ensnared by a corruption scandal. An audio recording of the MP leaked where he asked for a 12-million-baht ($390,000) bribe, in exchange for keeping secrets for a CCTV company seeking to install devices in schools. Mongkolkit denied the accusation, claiming the audio was altered in some way.

If this proposal is to gain any ground, he may want to start working on making more friends and less enemies in the legislative chamber. Mongkolkit recently threatened and physically grabbed a fellow lawmaker after the two had a dispute over the government’s response to protests, and donations towards the Covid-19 pandemic.