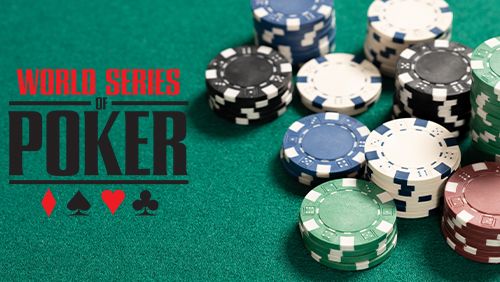 After Day 2 trimmed the World Series of Poker Main Event field from 1,171 to just 38 players, Bryan Piccioli was the man leading the way as players paused for the night like Mike McDonald didn’t on a basketball court.

The WSOP Main Event has been an incredible tournament, hosted by GGPoker and welcoming a total of 5,082 entries, more than enough at $5,000 a pop to smash the previous world record for an online poker event, creating a prizepool of $27,559,500.

The lion’s share of that will, of course, be won at the final table, with almost $4 million up for grabs to the winner.

At the start of Day 2, it was impossible to say who that might be, of course, there was so much poker to be played. Of the 1,172 who kicked off the event’s second day on GGPoker, only 728 would make money, and the money bubble that hovered ominously over the action as the virtual shuffle up and deal took place in nanoseconds dominated the early exchanges at the virtual felt.

It took 12 hours to complete the day’s action, but the hardest part for many was grinding into the money places before relaxing a little. That was a privilege not reserved for all, with Phil Hellmuth just one former champion falling short.

Finished about 750th (5802 entries) in @WSOP Main Event on @GGPokerOfficial: 728 getting paid. Not happy to bust out near the bubble, but I was thinking much bigger than that…Still, ouch!

Others faced the same fate as the ‘Poker Brat’, such as GGPoker ambassadors Felipe Ramos and Fedor Holz. Day 2 started with the Australian power-poker end boss Kahle Burns in the lead, but he would last only to 52nd place, and was joined on the rail by plenty of others who made profit without threatening the final table seats.

The nearest player to Piccioli’s stack of 18,417,494 is Scotsman Michael Kane, who metaphorically bagged up over 15 million chips, just as Bulgarian Stoyan Madanzhiev did. It will be Piccioli to beat, however.

Piccioli’s poker CV is a thing of a beauty and fascination in equal measure. He has high profile wins, such as the WPT Bay 101 Shooting Stars in 2016, and a WSOP bracelet in the shape of an Asia-Pacific variant called the ‘Accumulator’ from 2013. Despite this, Piccioli has just $4.55 million from live poker events, the bulk of which came in the $1.6 million he banked by coming 6th in 2017, the year that Scott Blumstein broke John Hesp’s spirit and fans hearts when he busted the popular Brit at the final table.

Piccioli will be a Main Event leader to truly follow as the route to victory. If he can hold off the competition, he’ll win, and forever be in poker’s history books. If he is toppled, it’s highly likely that whoever kicks the chair-leg from under him will be the one to beat at the final table. Piccioli will eclipse that result in 2017 if he can achieve a podium position and is in terrific form, having cashed in 20 World Series of Poker events this summer.

With the remaining 38 players not resuming in the Main Event until Saturday September 5th, there’s plenty of time for them to watch back footage of their route to the final day, as well as researching their opponents’ strengths and weaknesses. With cards going into the air at 6.30pm UTC, who will win the $3.9 million top prize?

You’ll find out right here on Calvin Ayre as we bring you all the action that takes place next weekend around the world. Here’s how things stand at the top heading into the final day.