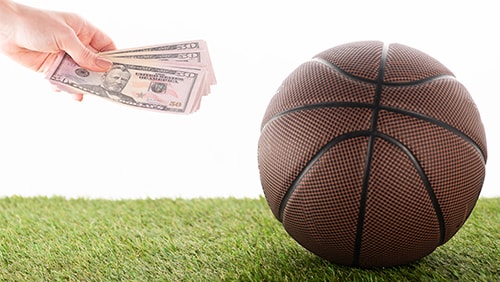 Two of the NBA’s first-round Western Conference playoff series could wrap up on Thursday, and the first Eastern Conference semifinal game also will be played from the Orlando bubble.

At 4 p.m. ET, the Utah Jazz try for a second straight contest to eliminate the Denver Nuggets as they meet in Game 6 of their series, with the Jazz sitting as 2-point favorites. Denver stayed alive and ended a three-game losing streak by rallying from a 15-point deficit and winning 117-107 on Tuesday behind 42 points from Jamal Murray – he’s averaging 30.8 points in the series.

Murray’s 33 points in the second half tied for the most by any player facing elimination in the past 20 postseasons. Utah’s Donovan Mitchell, who has two 50-point games in the series, was “held” to 30. Denver is 6-2 ATS in the past eight meetings overall.

At 6:30 p.m. ET, the East third-seeded Boston Celtics and second-seeded Toronto Raptors begin their semifinal series with the Raptors as 2-point betting favorites. Both these teams swept their opponents in the first round. The major question of Game 1 is the status of Raptors All-Star point guard Kyle Lowry as he sprained his ankle in Sunday’s win over Brooklyn. He’s being called day-to-day, but Lowry hadn’t practiced as of Wednesday.

Lowry averaged 21.0 points and 6.0 assists in four games against Boston this season, but the Celtics won three of them. Toronto’s only loss since the NBA restart in Orlando was 122-100 to Boston on August 7. The Celtics never trailed and led by as many as 40. Boston is 5-2 ATS in the past seven meetings.

Finally, at 9 p.m. ET, the Los Angeles Clippers look to eliminate the Dallas Mavericks in Game 6, with Los Angeles set as a heavy 10.5-point favorite. The final betting line for the contest will be determined by the status of the Mavericks’ second-best player, Kristaps Porzingis. He has missed the past two games with a sore knee.

The Clippers were -8 for Game 5 and destroyed the Mavericks 154-111. Dallas superstar Luka Doncic also is playing on a gimpy ankle but is expected to go Thursday. He didn’t look close to 100 percent in Tuesday’s loss, however. Los Angeles is 7-2 ATS in the past nine meetings.

NBA – What’s The Best Team To Bet On To Win The Western Conference?
Nick Gianatis
15 April 2016

Is Cleveland The Best Bet To Win The Eastern Conference?
Nick Gianatis
13 April 2016
.