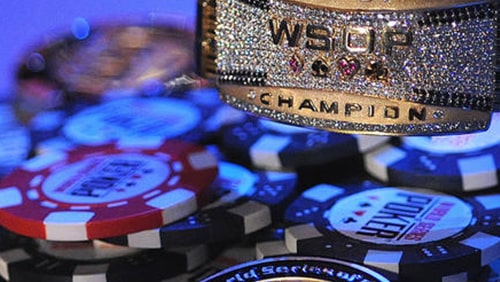 The latest winner of a World Series of Poker bracelet, Huahuan Feng, didn’t just win any WSOP bracelet, he won a ‘Big 50’ bracelet, which meant he only paid $50 to enter the event and took home the top prize of $211,282.

As if that achievement was not astonishing enough, Feng also won a package to the World Series of Poker Europe worth $12,000 – not a bad return for what a cockney might call a ‘bullseye’.

Ploughing through 44,575 other entries, Feng of course didn’t have to eliminate all of them. With a $2 million prizepool instead of the initial $1 million put up as a guaranteed prizepool, there were over 4,000 players in the draw for a Day 2 seat and they included GGPoker ambassador Daniel ‘Kid Poker’ Negreanu, the most successful tournament poker player of all time in Chris Moorman and Jack Salter among others.

While Moorman would be among the many who busted before the money bubble, messrs Salter ($230) and Negreanu ($611) both cashed, along with hundreds of others. Once at the final table, Thailand’s Wade Gillett busted first, in 9th place for $15,302. He was followed by British player Dean Lipscombe, before two Chinese players departed with Xiong Huang (7th for $29,906) and Di Lu (6th for $41,809) both departing.

With five players left, play slowed a little, before Argentinian player Max Veyga, whose moniker ‘TheChosen1’ was just four places from looking incredibly accurate, made his way to the virtual rail. Dutch player Ronald Haverkamp was the odd man out three-handed up against two Chinese players in Xue Qiao Zhao and Feng himself and left in 3rd place, cashing for the first six-figure score of the tournament in $114,237.

Heads-up, play didn’t last long at all, with Feng holding a decent lead and calling off Zhao’s aggressive three-bet all-in move. Zhao had king-six, but Feng had made the call with the domainting Ace-six, and he held to consign Zhao to the runner-up position for $159,705.