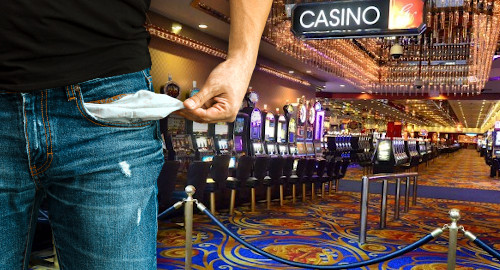 Atlantic City casinos suffered a combined loss of $112m in the second quarter of 2020, with the Golden Nugget the only casino to post a positive result.

Figures released Monday by the New Jersey Division of Gaming Enforcement (DGE) show AC’s nine casinos (and two online-only operators) generated combined net revenue of $121.4m in the three months ending June 30, nearly 85% below the second quarter of 2019. That’s a worse performance than the overall US market, which suffered an 78.8% year-on-year decline according to the American Gaming Association.

AC’s casinos were ordered to close in mid-March and weren’t allowed to reopen until July (and even then, only at 25% capacity). The closure meant that the Q2’s revenue was generated entirely via online casino, poker and sports betting sites.

As for the bottom line, the casinos posted a loss of $112m versus a $159.2m gross operating profit in Q2 2019. The Nugget was the only casino in the black, and even then just barely at $3.1m. CIE and Resorts Casino’s online offshoot Resorts Digital each reported slightly larger profits of $7.7m and $5.7m, respectively.

The Borgata’s market-high revenue couldn’t save its bottom line, as it led all casinos with a loss of $40.2m. The second-biggest loss went to the Hard Rock Atlantic City ($18.3m) while Harrah’s placed third with $15.1m worth of red ink.

Despite being limited to 25% of capacity, AC casinos generated land-based slots and table gaming revenue of $147.4m in July, slightly more than half of July 2019’s total. That stat was achieved without much help from the Borgata, which didn’t open until the last week of July after objecting to the state ordering AC casinos to refrain from offering indoor dining or drinking.

Reports indicate that AC casinos are seeing a younger crowd than they did before the shutdown, which is understandable given the increased risk COVID-19 poses to older individuals. However, the casinos have yet been cleared to reopen their nightclubs, concert venues and other non-gaming amenities, which traditionally have been the main draw for younger casino guests.