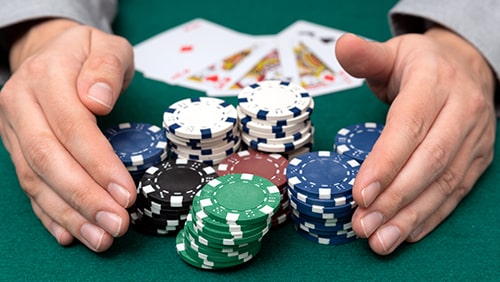 The latest online super-festival to hit players computer screens in August and September will be the World Championship of Online Poker on PokerStars, otherwise known as WCOOP.

Taking place from Sunday August 30th and lasting until September 23rd. With big guarantees coming out across the board in recent months, possibly as a result of the global COVID-19 pandemic, there was always going to be a lot put forward in the 2020 WCOOP and it doesn’t disappoint, with $80 million up for grabs.

With 225 tournaments taking place in just over three weeks, there are low, medium and high-level buy-ins, with all the events set out in a full schedule on PokerNews. Each event of 75 has a low, medium and high entry level, with the Main Event the outstanding tournament, costing $5,200 to enter and coming with a $10 million guarantee.

As well as dozens of terrific events during the series, there is also a Player of the Series leaderboard to scale, with a massive $100,000 being paid out throughout. There’s also a return of Fast Track, a successful part of the recent Stadium Series, which saw players such as ‘Stars own Lex Veldhuis win big.

With the added bonus of WCOOP sweepstakes rewarding players who take part in events by entering them into a daily prize draw, six players will win tickets to the $25,000-entry Super High Roller WCOOP event, with three $5,200-entry WCOOP Main Event seats given away every single day. That’s a massive offer for anyone looking to grind out events at any level during the series.

Although details are yet to be released on the coverage that will be provided, PokerStars will definitely be screening WCOOP action, with cards-up coverage promised at some stage. Who’ll be a part of the commentary team is, again, to be confirmed, but PokerStars will be showing the drama play out on their Twitch channel, which you can access right here.

With the WCOOP Main Event a major online festival, previous winners including superstars of the game such as JC Tran, Yevgeniy Timoshenko and Fedor Holz, who will be the next big player to put lights above their name will be exciting to find out. We’ll be reporting on some of the biggest winners along the way right here on Calvin Ayre.