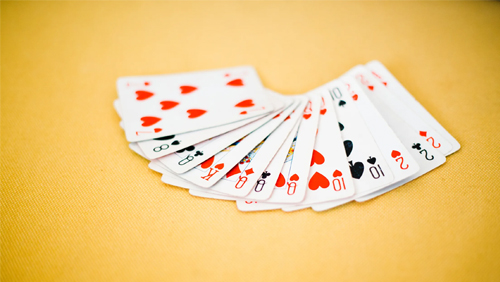 It’s always good for poker sites when a big name wins one of their flagship events. Of course, the advertising material might tell us otherwise, and that it’s ‘anyone’s game’ if a player with almost no success in poker takes down a major title. The reality is, however, that while the odd ‘rags to riches’ story helps fluff the aspirational element of playing poker, a star name taking down a title also builds the new influx of players wishing to emulate that poker celebrity.

The Team PokerStars Pro Lex Veldhuis is a great poker celebrity to take home a trophy, backed as he is by a loyal legion of poker fans. He won $96,000 when he won the $500,000 guaranteed Stadium Series Heat 16-High event, which cost $2,100 to enter and took place in a no limit hold’em format.

Veldhuis had some really tough opposition on his way to claiming the win, with players such as partypoker pros Joao Simao and Anatoly Filatov, Sam Greenwood, Antoine Saout and 888poker player Dominik Nitsche all in the field and making the money.

The final table was reached was Joao Vieira got close but busted on the final table bubble in 10th place, and he was quickly followed out of the online lobby by British tournament pro Andrew ‘Statto’ Hulme. Hulme, who has a fantastic record over the past decade in Britain let alone the rest of the world, won $10,517 for his efforts before he was joined on the virtual rail by Russian player ‘MiracleQ’ and former EPT Malta champion Aliaksei Boika. Others who would fall before the heads-up included Pablo Brito Silva and Ivan Luca – with Veldhuis busting Luca with pocket aces – but it was Mike ‘Sir Watts’ Watson who made the duel for the title and a famous showdown would seal a memorable end to the event.

Veldhuis ground his way into a commanding lead and the pressure was on Watson to find a way back into the contest. With just ten big blinds to his name, Watson came out firing with a bullet as he moved all-in with ace-six and Veldhuis made the call with the queen-nine of hearts.

Veldhuis hit a queen on the turn to take the victory and leave Watson licking his wounds with a runner-up score of $72,911. The Dutchman’s win gave him the top prize of $96,143 in total.