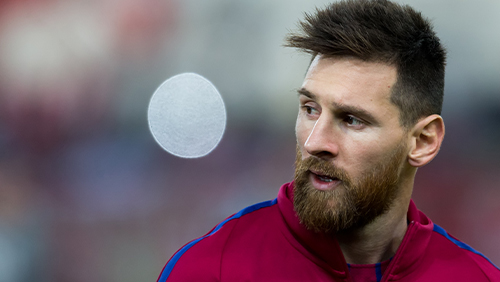 Speculation continues to surround the future of Barcelona superstar Lionel Messi. In the wake of Barcelona’s 8-2 defeat at the hands Bayern Munich, the Argentinian superstar has stated that the wants to leave the La Liga side. According to Esporte Interativo, Messi is not waiting for Barcelona and wants to leave “immediately”.

The Brazilian publication were the first to predict Neymar’s 2017 shock transfer from Barcelona to Paris-Saint Germain. With his contract not set to expire until 2021, it appears that the greatest footballer on the planet has his heart set on an immediate exit.

Club bosses have attempted to play down the transfer news, telling French media that Messi “has a contract until June 2021, with a clause of £633million.”

The 33-year-old Argentinian was distraught after the 8-2 mauling in the Champions League, which comes after losing the domestic La Liga title to arch-rivals Real Madrid. Messi has struggled publicly with the Barcelona’s senior board figures this season. The club legend has been in a bitter off-field battle with Barcelona president Josep Bartomeu.

Bartomeu saw several members of his board resign over the hiring of a PR firm that was paid to attack Barcelona stars online. Messi also had a public falling out with Barcelona Sporting Director Eric Abidal. The French legend publicly accused the Barcelona players of not working hard enough for former Barcelona manager Ernesto Valverde.

Retribution for Barcelona’s poor season is likely to be swift, with manager Quique Setien set to be axed at a board meeting early this week. Former Tottenham manager Mauricio Pochettino and Netherlands boss Ronald Koeman remain the favourites to land the role.

The appointment of the former Spurs boss would not be well received by Barcelona fans, given his time as a player and manager for rivals Espanyol. Former Barcelona player Koeman is likely to be offered a two-year contract, in the hope that former player Xavi will take the role in the long term.

With two weeks until the start of the new season, the Barcelona board are expected to move quickly. Koeman will be desperate to rebuild an underwhelming squad and will need to raise badly needed funds in the transfer market. Up to eight first-team players are available for transfer including Samuel Umtiti, Arturo Vidal, Arthur Melo, Junior Firpo, Martin Braithwaite, Ivan Rakitic, Ousmane Dembele Antoine Griezmann.

Barcelona will be hoping to £90m from player sales to revitalise an ageing squad that failed to win a trophy for the first time since the 2007 season.