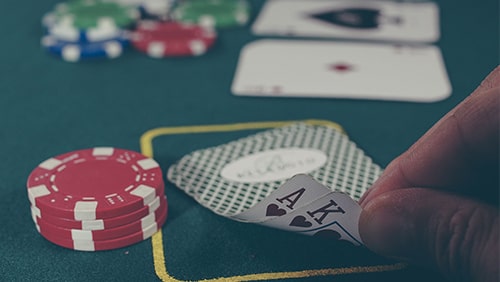 British poker legend Chris Moorman got so close to a second WSOP bracelet but missed out at the last as he lost heads-up for Event #58, the $5,000-entry No Limit Hold’em event won by Ravid Garbi for $531,513 in the WSOP 2020 Online Series.

With 672 entries in this huge $5,000-entry event, the Israeli player Garbi – who had previously cashed for just under $30,000 – would win his first WSOP bracelet and over a quarter of a million dollars in the process, relegating Moorman to a runner-up finish worth $398,393 instead, but there was plenty of other drama as the action was of a high standard throughout.

When Kathy Sathaphan was eliminated on the bubble, that meant over 90 players inched into the money, with Daniel Negreanu yet again one of them, the GGPoker pro cashing in 39th place for $14,599. He was joined on the rail by plenty of other big names who made profit but not headlines, such as Brandon Adams, David Peters, Connor Drinan and partypoker pro and Negreanu’s former PokerStars stablemate Bertrand ‘ElkY’ Grospellier.

With the Belgian poker legend Davidi Kitai crashing out in 12th place, play eventually reached the final table of nine, where weary yet exceptionally skilled players were worn down to their true elements. It made for a superb final table which would last a full two hours before its conclusion.

Alan Schein was the first to bust, exiting in 9th place for a highly creditable score of $45,293, and he was quickly followed out of the door by three players. Aussie Hun Wei Lee cashed for $61,791 in 8th place before Belarussian crusher Mikita Badziakouski saw his day end in 7th place for $84,299. It was Kazakhstani player Shyngis Satubayev who busted in 6th place for $115,006 ahead of Scottish poker legend Ludovic Geilich busted in 5th place for $156,898 when his ace-high shove couldn’t overtake Urmo Velvelt’s silky call.

With four players left, it was Velvelt who left the party next, shortly followed by Norwegian pro Preben Stokkan, whose all-in move with ace-seven ran in Garbi’s pocket aces. No miracle could prevent the match going heads-up and it was Garbi who started with the chip lead.

Moorman knew he was in for a fight and landed some good early blows to grind into a lead. A full house in the same hand where Garbi made trips helped. Garbi, however, was not finished and scored a massive double-up when he flopped a flush and got paid in full. Moorman called a shove from his opponent holding only queen-ten, but Garbi had king-eight and when the board ran out, so too had Moorman’s hopes.

Moorman may have been disappointed to lose the heads-up battle, but if he was, he didn’t show it, posting a funny tweet wondering if anyone fancied balancing their account with a little trading.

A later reply to his amusing tweet elicited the following summary from Moorman: “Came 2nd. No complaints, though, was one card away from coming 4th but peeled in an Ace on the river!”

If there’s a classier guy that Moorman in the online poker sphere, we don’t know them, and it’s surely a matter of time before bracelet number two. For the most successful tournament poker player of all-time, it’s all in a day’s work.