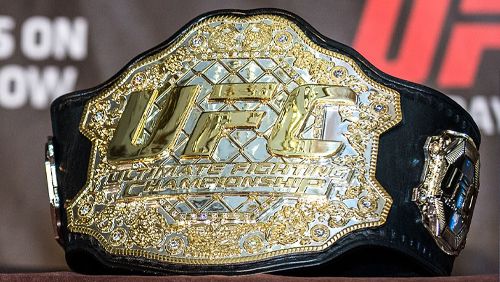 Nothing quite beats a heavyweight championship fight in mixed martial arts, and arguably the most anticipated bout of 2020 arrives Saturday night from Las Vegas as Stipe Miocic defends his belt against top-ranked contender Daniel Cormier in their third and surely last battle in the Octagon.

It’s quite possible that both Americans retire after this bout no matter what happens due to age, family reasons, the pandemic, etc. Both have at least hinted at it.

The 37-year-old Miocic (19-3), ranked as UFC’s No. 3 pound-for-pound fighter behind light heavyweight champion Jon Jones (who has made noise about fighting Miocic) and lightweight king Khabib Nurmagomedov, won the heavyweight belt at UFC 198 in May 2016 as around a +140 underdog via first-round knockout of Fabricio Werdum.

Miocic was favored in his first two title defenses, beating Alistair Overeem by first-round KO and Junior dos Santos via first-round TKO. However, Miocic was again an underdog against then-rising superstar Francis Ngannou at UFC 220, but Miocic won by unanimous decision.

At UFC 226 in July 2018, Cormier stepped up in weight as the light heavyweight champion and took the belt from Miocic by first-round knockout. They met again last August at UFC 241 with Miocic as an underdog, but he won by fourth-round TKO. Miocic is very well-rounded as a former Golden Gloves boxer and NCAA Division I wrestler but has never won or lost an MMA fight by submission. He is -105 for Saturday.

Cormier (22-2), 41, holds the distinction of having won a world championship belt in every promotion for which he has fought. He was also a heavyweight champion in Strikeforce and King of the Cage. He was a member of the USA Olympic wrestling teams in 2004 and 2008, although he wasn’t able to compete in the latter.

“DC” first won the light heavyweight belt in April 2017 by beating Anthony Johnson. Cormier was beaten next time out by Jon Jones – who also beat Cormier at UFC 182 – but that was ruled a no-contest due to a positive Jones drug test so Cormier kept the belt. He then became the rare two division champion with that first win over Miocic, but Cormier eventually relinquished the light heavyweight title.

He has flat-out said he would retire (“I’m going to ride off into the sunset”) after this fight but has said similar things before. Cormier is priced at -125.