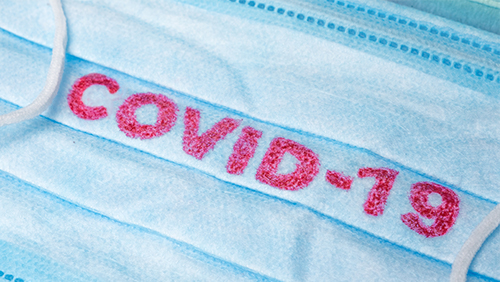 Three words that no-on wants to hear, but when they come from legendary World Series of Poker commentator Norman Chad, for poker fans everywhere, it’s worrying.

Chad, whose legendary work on screen and behind the mic in poker has won the hearts of millions of fans may be struggling to ‘Do the Ooka Luka’ right now, but in daily broadcasts from his home with his doggy pal blue, he’s keeping everyone up to date on his condition… and still entertaining while he does it.

The WSOP commentator, frequently the gag man to the dry wit of Lon McEachern is 62 years old and has been the voice of WSOP coverage with Lon since the pair made their debut as a pair in 2003. You might remember that it was Chris Moneymaker who won the Main Event that year. McEachern reached out to his friend on the popular social media platform Twitter to offer his best wishes.

Don’t we all! Hoping that there’s no COVID-19 to postpone the WSOP next year, what a welcome sound it would be for Chad and McEachern to be broadcasting from Las Vegas. With Chad’s constant mentions of his ex-wife and inability to play the game itself, he’s been a key part of the game over the last 17 years and a situation like this only makes you realise just how valuable Norman Chad is to the World Series of Poker and the game in general.

Chad has since put up another video, the day after his first one, and as he says, “I’m still having the same headache – it’s pretty bad, backing up behind my eyes, occasional cough and extreme fatigue.”

We all wish Norman Chad a full and speedy recovery and hope his situation picks up soon, just like he picks poker coverage up every year. The World Series just wouldn’t be the same without him.