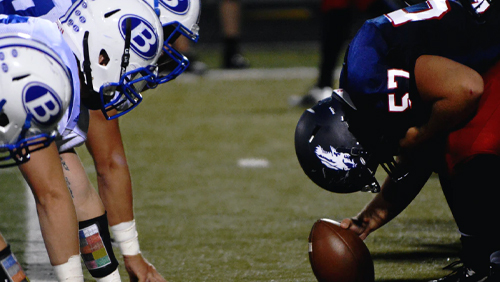 The Ivy League and the Middle Atlantic Conference (MAC) called off their college fall sports programs because of the coronavirus, and at least two more – the Big 10 and the PAC-12 – are expected to do the same. The SEC and the ACC have yet to make a decision, although an announcement is expected as early as today. In the meantime, with the hopes of college football dwindling, sportsbooks around the world are beginning to make changes to their lines and are completely pulling down odds that had already been posted.

Most college football leagues just announced their schedules last week, and the sportsbooks were quick to start putting up the lines. All that analysis and hard work were for nothing, though, as the leagues reversed course only a few days later. FanDuel and PointsBet were among the first, followed by William Hill. FanDuel’s director of publicity, Kevin Hennessy, said in a statement to Casino.org yesterday, “College football is very popular. It varies a bit, but it is usually a top four sport. We are taking things as they come. Once official notices are set, we will make adjustments for our customers.”

DraftKings hasn’t been ready to throw in the towel just yet – it’s just dangling it over the water. The sportsbook has halted action on the NCAA football national championship game, but has left up the odds for the conference games in the Power 5, except those for the Big 10. Athletic directors in the conference met yesterday to explore options and the presidents are expected to meet today.

The ACC would like to see football move forward this fall, but the decision will ultimately rest with the conference’s leaders. Scott Satterfield, the head coach for the ACC’s University of Louisville in Kentucky, wants to remain optimistic, telling reporters yesterday, What we understand is the ACC is moving forward, and we’re relying on our medical group at the ACC. And what they’re are projecting to us is that we’re moving forward with everything. So that’s where we are today. We know how things change and how fluid it is, but that’s where we are.”

If it were up to the players, there’s no doubt that there would be a football season. They have been actively campaigning for conferences not to call things off, even getting together in a massive conference call to discuss their options. Stanford University defensive end Dylan Boyles told Yahoo Sports of Sunday’s call, “The series of events that transpired in two hours was honestly pretty insane. But it was amazing that it came through. Now we’ve all come to the agreement that we can work together, to really create something that should’ve been done a long time ago. Now we finally have the power to truly do it.”

Unfortunately, players don’t have much input when it comes to how, and if, games are played. They can try to lobby for changes, but the decision is ultimately made at levels much higher than they can reach. Today, with the expected conference discussions to take place, may be a turning point for college football, not only for 2020, but for subsequent years. Any decision can also have an impact on other sports, since football revenue is often used to cover other athletic activity like soccer, baseball, track and field and much more.