Although progress has been slow, Macau is slowly starting to open its doors back up to tourists. After months of slowly allowing in different types of non-residents, the special administrative region (SAR) will start allowing more residents from China’s Guangdong province to apply for individual and group tourist visas on August 12. 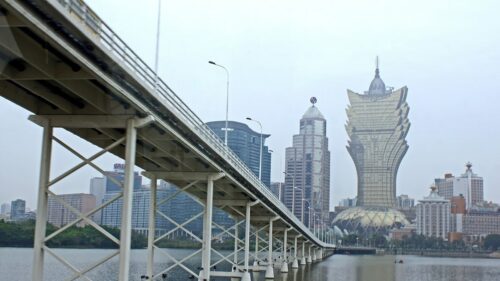 Although not open to the entire province, analysts from Sanford C. Bernstein expect the whole province should be free to travel to Macau by the end of September. Hopes are that at some point in the near future, the full Individual Visit Scheme (IVS) will be reimplemented, allowing visitors from 49 Chinese cities to return to Macau.

The areas current allowed to apply for IVS visas only make up a small percentage of Macau’s usual visitors, but Guangdong as a whole made up 46% of visitation in 2019. That adds up to 30% of mass market revenue and 20% of VIP revenue, so if these first steps go well, opening up to the whole province will be huge for the SAR.

Hong Kong will have to wait though. Residents of the region next door are still restricted from entering Macau due to a recent spike in infections. That curve has started to flatten, but until it shows that numbers are consistently down, the situation isn’t expected to change.

All the same, Hong Kong-listed casino stocks responded positively to the news that the IVS is coming back. Sands China Ltd. gained 6.7%, MGM China Holdings improved by 5.9% and Wynn Macau Ltd. jumped 6.9%.

But for any serious return to normalcy, a lot more will have to change. Macau was already seeing declining revenues before the pandemic began, and a reduction of nearly 95% in revenues is devastating to the casino city. The lack of visitation has caused the city to actually shrink in population as furloughed non-resident employees return to their home countries, making the long term prospects of the territory appear shaky at best.