Home / Casino / Macau and Singapore are shrinking as casinos struggle 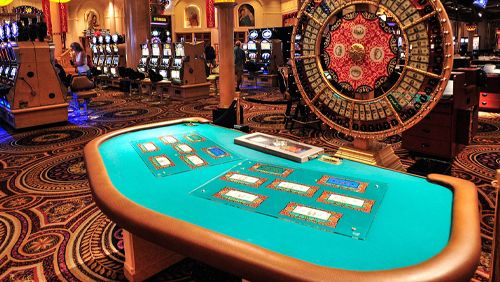 Although wealthy and industrious, small towns like Macau and Singapore gain a lot from the foreign employees who travel to work there, but they protect their own by implementing laws that prioritize locals first. Unsurprisingly then, both cities have seen non-resident’s laid off from casinos at a higher rate than locals, and an exodus is beginning.

Macau’s Statistics Census Bureau reports the total population of the special administrative region (SAR) has decreased 10,700 in the last quarter, and now sits at 685,400.

At the same time, the Labour Affairs Bureau (DSAL) suggests non-resident workers dropped by about 3,000. However, Lei Wai Nong, Secretary for Economy and Finance, has said that as many as 10,000 have lost their jobs, which lines up perfectly with the decline in population. With many employees being furloughed, this could come down to a difference in definition for the two numbers. With little opportunity for new jobs, the number of non-resident worker arrivals in the first half of the year has also dropped just over 3,091 as well.

In Singapore, it’s pretty much the same story. The Ministry of Manpower has revealed that layoffs at Resorts World Sentosa (RWS) primarily targeted foreign workers. While exact numbers aren’t known, before the pandemic RWS had 66% Singaporean staff. It now has 75%, and it’s speculated that as many as 2,000 staff lost their jobs.

“Overall, after the retrenchment exercise, RWS has a stronger Singaporean core. In all instances where a foreign employee and local employee had the same performance grade, preference was given to the local to be retained. In fact, for each category of workers, the foreign employee had to have a higher performance rating compared to the local employee, in order not to be retrenched.

“Given the adverse impact on its business, RWS’ payment of 0.5 month per year of service for those who were retrenched and eligible for retrenchment benefit is within the limits of the tripartite guidelines for all firms in similar circumstances.”

Locally, government outfits like the Ministry of Manpower can spin this as protection for native residents and a job well done. But with travel restrictions bound to be in place for a while longer, casinos are going to have a hard time bringing in new visitors, and non-resident employees walking out the door means the economy is shrinking right before our eyes.