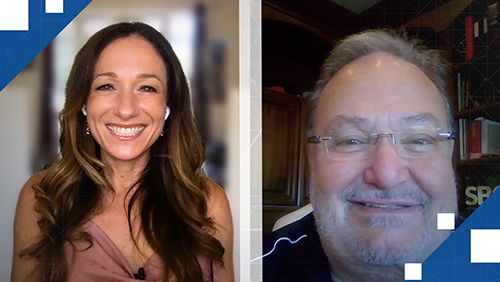 Even if sports betting isn’t what we imagined it would be this year, the competitive U.S. market continues to grow. Vic Salerno, President of US Bookmaking, has a lot of experience with what works and what doesn’t, and he was the perfect person to speak to about how to gain an edge. He joined our Becky Liggero Fontana for the latest episode of The Long Con.

Although sports without crowds isn’t necessarily the same, the enthusiasm to bet on the action is still there, and Salerno notes the pandemic has made everyone anxious to get back to betting. “I think they are all pent up, and you’ve probably seen it with the EPL (English Premier League), we’re even seeing an increase here in the EPL. People really want to get back in the action, have something to do. They can’t just watch reruns of old games.

Since the U.S. market opened up to wider sports betting action, the competition to win over players has been fierce. Overseas talent have brought in a talent skill set that Americans haven’t needed before. “They’re more in customer acquisition than we are,” Salerno said of the British and European bookkeepers. “It’s a new world for us over here, we never we never had to pay for customers, customers would just come to us. So I think the way you can differentiate yourself is, you have to have a large menu of course, and then you have to have more favorable odds.”

Many of those foreign offerings are just far ahead of what Americans are used to. “I think the biggest thing with the European platforms is they are way ahead of the American platforms,” Salerno said. “They’re light years ahead of where we were. The tracking is unbelievable. But we came from a market where we really had a monopoly here in Nevada, we didn’t have the competition.”

Thankfully for Americans though, they’ve had some time to bring their game up, as foreign competition has had to adapt. “Most of these companies are transitioning into the American form of betting on sports. It is different than the European, and some of the companies that came over with some of the platforms that weren’t made for American sports have learned, they’re transitioning now more to the American side.”

U.S. Bookmaking has made a conscious decision to target operators that not only have an edge, but can share it with their partners. “What our company is really going for, we feel that our nest is really in the Native American tribes,” he said. “We’re presently active in four now, and we have contracts with two more in four different states. So we’re going we’re kind of starting from the ground up, and going up, where the FanDuels and the DraftKings are really, they want everything right away. So we want to go where there’s less competition and we’re really we’re really catering to the lower player.”

In the full episode of The Long Con, Salerno talks a lot more about how Native Tribes operate, their influence on regulation, and the craziest bet he’s ever taken. Watch it for all of those great insights, and don’t forget to subscribe to the CalvinAyre.com YouTube channel to see every new episode as it goes up.