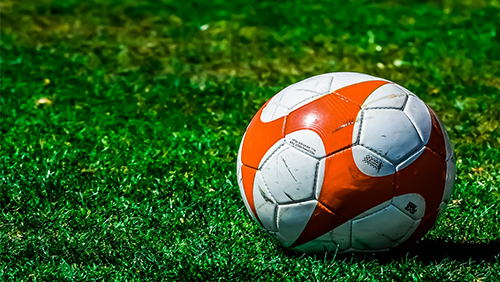 An entertaining two days of matches between some of European football’s finest club sides has produced the ‘Final Eight’ teams who will fly to Germany – or stay there if they’ve already arrived – to battle for the Europa League trophy.

There were wins for Inter Milan, Sevilla and Bayer Leverkusen as sides such as Glasgow Rangers, Roma and Getafe all saw their seasons end with defeat. The two English sides remaining in the competition were involved in two nail-biting clashes that deserve a fuller appreciation.

An entertaining final home game of the elongated 2019/20 season at Old Trafford saw the hosts put out a largely-changed side, concede a wonder goal but still get the win they sought as they beat LASK 2-1 on the night to triumph 7-1 on aggregate.

The first half was a largely disappointing display, with Harry Maguire and Brandon Williams the only two survivors from the starting XI that kicked off the 2-0 victory at the King Power Stadium on the final day of the Premier League season, a result which saw United finish third and guarantee Champions League football.

Despite few chances in the first 45 minutes, the second half came to life when LASK captain Philipp Wiesinger curled delightfully into the top corner. However, 93 seconds later, United were level as Jesse Lingard scored in back-to-back games for the first time since December of 2018 saw the Mancunian wing-forward usher out the Mourinho era and welcome Solskjaer’s arrival with a goal against the Norwegian’s former side Cardiff.

Two minutes from time, Anthony Martial latched on to a through ball from Juan Mata, the Spaniard’s second assist of the evening and slipped home the goal to seal victory on the night, Allain unable to stop the ball from crawling over the line.

United march on and will be hard to stop, particularly with a favourable quarter-final draw pitting them against Danish side F.C. Copenhagen in Monday’s ‘Final Eight’ opener.

The smallest of margins saw Wolverhampton Wanderers reach the quarter-finals of the Europa League after a thrilling second leg against their Greek visitors.

An early goal saw the home side lead almost from the off, a slick Raul Jimenez penalty making the score 2-1 on aggregate. Olympiakos were strong, however and not prepared to give up the fight in any way, almost equalizing after a flowing move saw the ball in the net but eventually ruled out for a debatable VAR decision based on whether you can score with your armpit.

The second half was like a chess game; each side knowing that one false move and it could easily gift their opponents progress. Olympiakos needed the goal more, however, and carried the greater threat for the most part, leaving the Midlands side to play on the break, relying on the pace of Adam Traore and attacking instincts of Jimenez and Daniel Podence.

With 12 minutes left, the tie should have been over, a misplaced backpass from tired Olympiakos legs seeing Diogo Jota clean through. Jota, however, hadn’t read the script written for him, and fluffed his lines, scuffing into Allain’s midriff instead.

In the closing minutes, everything seemed frantic, but Wolves held on for a famous victory.