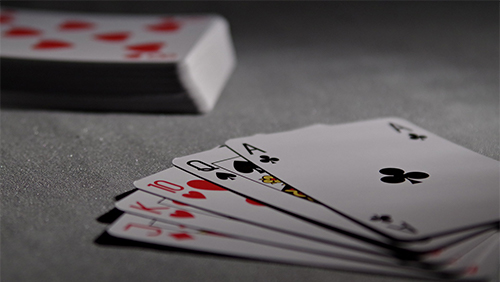 The last few weeks, centering around thousands of players taking on the 2020 World Series of Poker Online Series has raised many good points about the industry. Those who rant need to understand that others can rant right back or defend their spouses, truly anyone can win their first-ever WSOP bracelet, even in their first-ever online event and long Day 1’s are tough.

They’re even tougher if you don’t burst the money bubble in them.

That was the situation this week for well-known pro (and yet somehow divisive, which is odd, because we’ve met him a few times and he’s been pretty charming) Mike Leah in an ACR Poker event (America’s Card Room). Leah is a modern poker professional with an elite lifestyle, mindset and is atypical of the poker pro of this era. He’s also not happy at grinding for 12 hours without making the money and thinks recreational poker players would feel the same:

As you might expect, some of poker’s great and good have weighed in with their two cents on this hot topic.

Tony Dunst, two-time WSOP bracelet winner, including one in this very series, commented, “I’ll second this. I like having more play in higher buy in events, but I like having a life too.”

Kevin MacPhee, who knows a little about dividing the audience, commented, “I played for almost 13 hours yesterday, it was abject misery. The blind levels switched to 30 minutes and started going up by increments of only 1k and [of course] I bust with 10 [minutes] left.”

Of course, fans drawn to the discussion on Twitter appear to be fairly polarized on the matter. It’s the very nature of social media to choose one side or the other and double-down on their opinion even if pressed to it beforehand they might have been closer to the middle ground.

One fan of the game replied to Dunst, stating: “Many people would give their left nut just for a chance to be bothered to play for 13 hours and more on Day 1 for a chance to win a cool hard Million Bucks. Do you see how tone-deaf you guys are…?”

Dunst hit back, “It’s not a privilege to be a customer. There’s plenty of competition for reg dollars and sites that listen to their players will get more of them.”

This is, of course, the point. Whatever the majority of customers want is generally going to grow the game in terms of player entries. In some of the most popular events this summer, those events have been $1,000 or higher buy-in events, not the kind that might directly appeal to recreational players outside dedicated satellite tournament players. The clientele for those tournaments are regular players exactly like Dunst, MacPhee and, of course, Leah.

The notion that players are privileged is long one that has needed some exploding. Any player who puts down the money for a poker tournament is the very reason that the tournament is running in the first place. Their entry fee or rake, whatever you’d like to call it, contributes to numerous vital areas of the industry, no doubt. Poker media helps player grow their profiles, it is there to add gravity and context to the incredible achievements of the players. But while other entertainment industries cater to those who enjoy the high life, poker is different. The high life of, say, a player who has won a million dollars in poker, has been earned by that player even if they – very unlikely it must be said – put down their money in a winner-takes-all event. They put down the money. They bought that seat and they can have their say on how the next tournament is run. That’s how it works.

For us, more power to Leah, Dunst, MacPhee and others who raise ways poker can improve. It trickles down, too. Positive change affects the players who can’t afford the $1,000 buy-in, eventually. It sounds like a great idea to us that anyone who gets through 12 hours of poker is making money for doing so before they go to sleep that night or early morning.