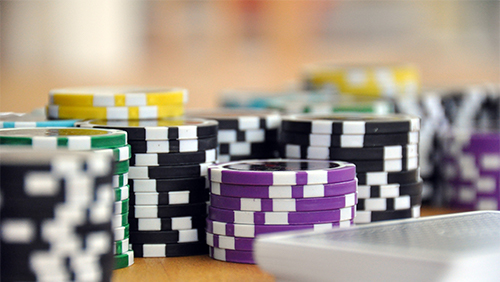 After over ten hours at the online felt, Eoghan O’Dea joined his father Donnacha as one of five Irish World Series of Poker bracelet winners in the early hours as he closed out Event #51, the $400-entry Pot Limit Omaha event. In doing so, O’Dea won $100,945 for his day’s work, a spectacular result.

Back in 2011, when he made the final table of the WSOP Main Event, O’Dea was a fresh-faced youngster, as seen here in this Card Player interview at the time:

Event #51 of this year’s ‘behind closed front doors’ World Series saw O’Dea finally right the wrong of him not having a bracelet and he’ll receive it in the post via courier instead of being presented with it in Las Vegas.

The event saw 2,005 entries, and a prizepool of $753,880 and O’Dea’s six-figure sum for winning it came at the end of a fun final table. Before that, other big names such as last week’s 9th Triple Crown winner Roberto Romanello and Danny Tang were among the names to succeed in cashing without threatening the really big payouts.

First to leave the final nine was Dani Juncadella, a former Formula 1 test driver who busted for an impressive $8,688 for his efforts. He may have crashed and burned close to the chequered flag, but he wasn’t the only one. Brazilian player Lorenzo Bazei left the party in 8th place for $11,972, before Ukrainian player Ruslan Nazarenko left in 7th place for $16,497.

South African player Jarred Solomon lost out in 6th place, before the chips were spread around a little. Pots shrank, stacks shallowed but when Chi Chung Ho crashed out in 5th, that set a flurry of eliminations towards heads-up. Ben Voreland and Robert Le Roux, also from South Africa, both departed, leaving the Canadian player Nital Jethalal to try to stop O’Dea. Ultimately, he couldn’t be stopped as, just a few hands into the clash, Jethalal’s flopped two pair was no good when O’Dea’s top set held.

While Jethalal earned an excellent $81,963 for his efforts, O’Dea emulated his father, Donnacha O’Dea, who is a fascinating player in Irish and poker history. Having swan for Ireland at the 1968 Olympics, O’Dea would get close (6th) to the 1983 WSOP Main Event, before winning his only bracelet in 1998 in a Pot Limit Omaha Rebuy Event, beating two-time WSOP Main Event winner Johnny Chan to do so.

While his son Eoghan can’t claim that story for the family fireside chat, he can play snap with WSOP bracelets next time he visits the family home, having finally won one of his own, with a WSOP Europe thrown in for good measure.

* plus WSOP Europe package worth approximately $12,000