Home / Sports / Why have eight new England Patriots opted out of the NFL season? 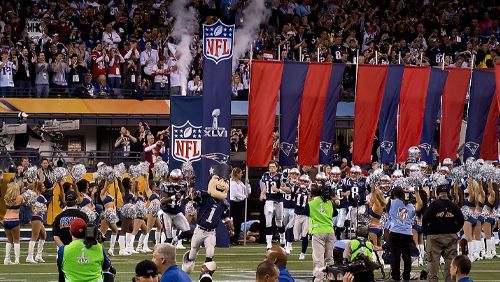 With the new NFL season just weeks away, the New England Patriots have lost an eighth player to the opting out fever that has swept through American Football.

In an era dominated by the global Coronavirus pandemic, the clash between players, officials and the U.S. Government over preparations for NFL to return has spilled over into the NFL pre-season. This weekend, New England Patriots tight end Matt LaCosse became the eighth player of the New England Patriots to opt out of the forthcoming NFL season.

While not perhaps as headline-grabbing as other withdrawals, 27-year-old LaCosse will be a big miss for the Patriots, following as he does in the walk-out footsteps of Dont’a Hightower, Marcus Cannon, Patrick Chung, Brandon Bolden, Marqise Lee, Dan Vitale and Najee Toran.

LaCosse’s absence has been put down to Coronavirus reasons, with his wife Jessica, due to deliver a baby boy in the upcoming NFL season. It would appear that LaCosse is simply not happy to risk anything for his family’s health, and why should he? In 2019, LaCosse started 8 of the 11 games, and while he had an ankle injury to contend with, he still finished the season with 13 recpetions for 132 yards. He even made a touchdown, one more than he’ll be able to make in 2020 thanks to as the players see it, broken promises in terms of testing and health protocols.

The Patriots – a team name that already throws the political football onto the field – may yet struggle to escape the AFC East this season. The Buffalo Bills are best price 29/20 to win the division now, favourites ahead of the slipping Patriots at 6/4.

LaCosse would have expected to start as tight end for the Pats, with Devin Asiasi and Dalton Keene now looking to steal that starting berth. There are plenty on offer at the Patriots now, with the team just 10/11 to exceed 9 victories in the regular season, a bet we’d now swerve.

With The Patriots tight end following the example – as many have – of the Seahawks quarterback Russel Wilson and opting out of the forthcoming season, it could be a very difficult one to call. As of now, however, with the Patriots shorn of a record eight opt-outs so far, The Buffalo Bills look good to win the AFC East.

With a slew of more opt-outs to come, the NFL face a desperate race against time to get ready for the forthcoming season in a way that means they retain the largest percentage of their playing talent in a standoff that becomes more imbalanced more with each passing week.