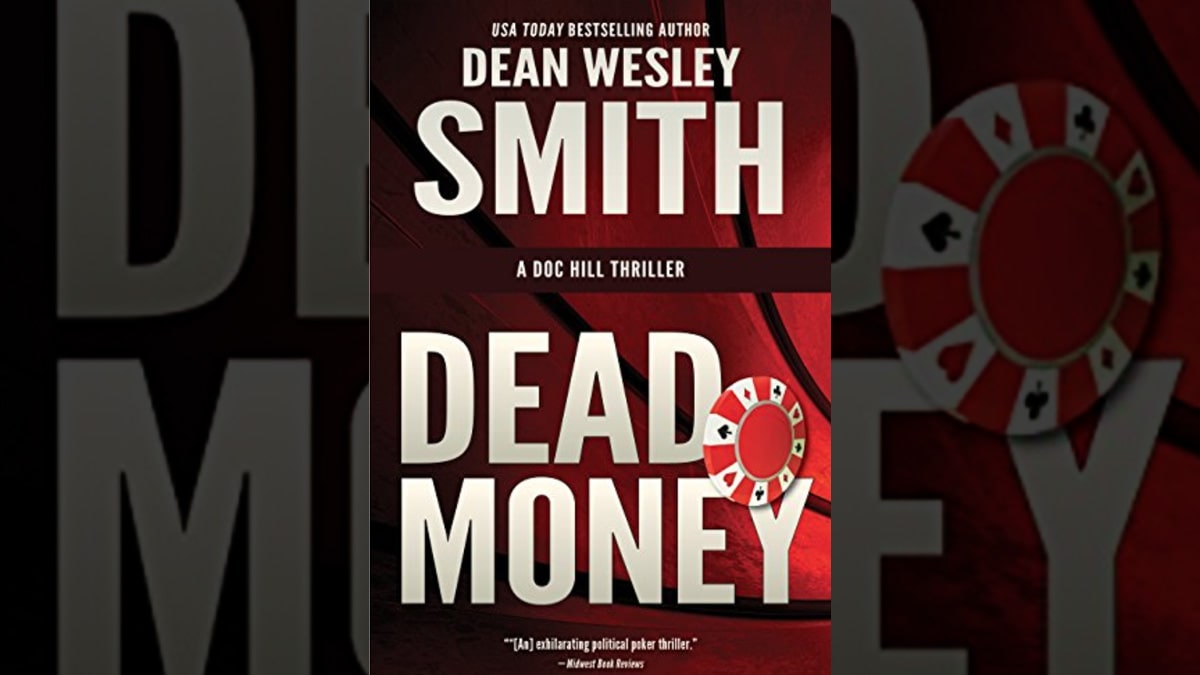 Many of our Poker in Print reviews are on the subject of strategy, but this week’s offering is a political thriller where the buck stops at the poker table – often with deadly consequences. 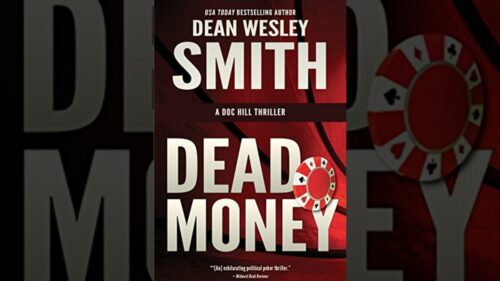 Dead Money is a poker thriller written by the hugely prolific Dean Wesley Smith, who to date, has written well over a hundred novels. Puts that moth-eaten first draft we’ve all got in the bottom drawer of our desk to shame, doesn’t he?

Smith’s main protagonist is Doc Hill, who has to solve the murder of one of the most celebrated poker players of the age. The combination between detective and poker play strikes a good balance, and Doc Hill is frequently in peril as he goes about trying to solve the series of murders while winning the biggest poker tournament that he’s ever taken on.

One of the quotes thrown about after the book’s release was that, ‘Dean Wesley Smith does for poker what James Patterson does for serial killers’, which is – thanks to James Patterson’s International reputation, a huge compliment.

The poker that takes place is high stakes, rather than a vast MTT field of thousands, so you get to know the few dozen players that take part in the important hands and, of course, amid them are some suspects for you to weigh up as you go. It’s definitely more of a whodunit rather than the more popular recent ‘whydunit’ format of the crime genre, but that’s no bad thing. The process of poker takes some explaining to anyone who isn’t familiar with the game and this is done artfully by a skilled novelist.

The first death is extremely personal to Doc Hill and there’s a thread of vengeance which runs like a creeper through the book. There’s a relentless energy to proceedings, and Hill is one of the most enjoyable main protagonists we’ve read in a while. He’s tenacious, no mean poker player himself yet one step behind the killer until the very end.

Dead Money is a neat take on both thrillers and poker. While there’s maybe a slightly dated quality to a few of the characters, I found myself forgiving any trespassing on authenticity for the enjoyable pace of the pageturner. You can buy a copy of Dead Money right here on ebook and at just £4.99 currently, it might be a fun book to download and read during lockdown.

The adventures of Doc Hill continue, too, so if you enjoy this book by Dean Wesley Smith, then you can always seek out more of his work. There’s plenty of life in Dead Money to make us look for the next time Doc Hill sits down at the felt and stares into the whites of a suspect’s eyes.