In a week where it has been suggested by some that Daniel Negreanu’s latest World Series rant went over the top, we thought we’d look back at a hand five years ago that floored the six-time WSOP bracelet winner. 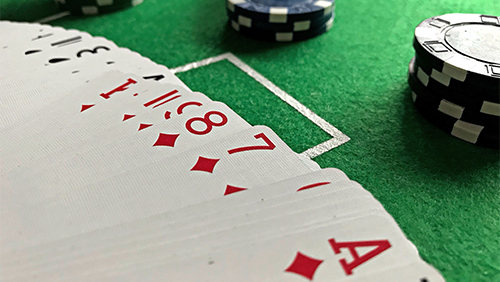 Back in 2015, Negreanu came really close to making the final table of the World Series of Poker Main Event but fell in 11th place when had this hand held, he might well have gone into the final as favourite. As it was, the largely unknown polarizing character of Joe McKeehen would go on to win the title. It was McKeehen himself who delivered Negreanu from the competition in dramatic fashion.

The hand began at blinds of 200,000/400,000, eye-watering stuff. McKeehen, chip leader at the time, made a min-raise to 800,000 on the dealer button with jack-three of diamonds. So far, so standard, with chip dominance and ideal table position making this an easy decision.

Once Butteroni slides away from the action in the small blind, folding his nine-three off-suit, it’s down to Negreanu in the big blind to make a decision. Fold, call, or, realistically, shove all-in and hope.

Negreanu opts to call, and is a 61% favourite to win the hand at this stage, holding ace-four off-suit.

The flop of 10-King-Ace with the former and latter cards both being diamonds not only evens up the odds for each man to win the hand – Negreanu now just a 56% favourite – but it also sees all the chips go into the middle.

Negreanu’s check sees McKeehen bet 700,000 and it’s a fairly standard ‘stop and go’ move from Negreanu, as he raises all-in for 5.8 million chips. McKeehen instantly calls and the cards are on their backs. Negreanu is about to copy that action himself.

Negreanu is up on his feet, punching the air like a poor man’s Rocky Balboa – a character he had a minor obsession with at this stage of his illustrious career.

The turn is a three of hearts, pairing McKeehen’s lower card but keeping him in need of help as Negreanu now stands – literally – as a 64% favourite to McKeehen’s 36% chance of winning the hand.

The river card is revealed as the queen of hearts, and Negreanu closes his eyes, covers his face and immediately falls backwards onto the floor, spinning like a turtle into the perfect position to be capture on screen in a completely subconscious movement. As always with ‘DNegs’, it’s captivating stuff. Love him or hate him, as fans have shown this week, there’s simply no ignoring him.

Even though McKeehen won the hand and the title, Negreanu was the subject of many headlines throughout the latter stages and his sensational 5th street exit only ramped up the hits.

He’s quickly on his feet, shaking hands and being Negreanu, the superstar poker pro – at the time a PokerStars Team Pro – cashing for over half a million dollars but missing out on the final table he knows would have defined a part of his career.

In many senses, it’s a bookmark in the poker journey of Negreanu. One of the biggest results of the tail-end of his time at PokerStars, it would of course herald a change in direction for the man now proudly wearing a GGPoker patch. Now married, Negreanu is in many ways a different person to the man he was even five years ago.

He’s still box-office, and so is the hand of poker which will live forever. Watch it in full right here: