The shortest and possibly busiest summer transfer window of the Premier League era is already open and with clubs such as Chelsea, Manchester United and Arsenal reportedly close to long-term targets, the changes coming to the greatest league on the planet could be massive. 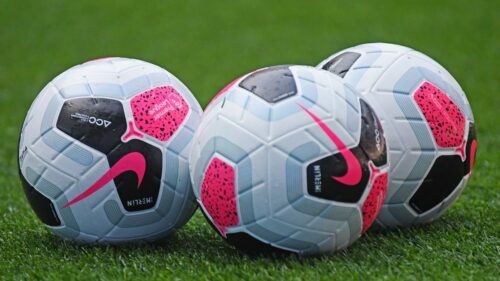 There have already been some deals done this summer, of course, with the players involved either about to pose in their new team’s 2020/21 home kit or on a plane to their new hom instead.

Adam Lallana has swapped the Costa Del Merseyside for… er, the South Coast, as 32-year-old former Southampton player – who has played just eight Premier League games in three seasons on Merseyside – has somehow been given a three-year deal by The Seagulls. It’s like waking up and a winning lottery ticket floating through your open window.

Dejan Lovren has also left Liverpool, the former £20m signing from Southampton heading to Russia to sign for Zenit St. Petersburg in a £10.9 million deal. Lovren fell to 5th in the pecking order at Anfield behind Virgil Van Djik, Joe Gomez, Joel Matip and Annie, the tea-lady with a hip replacement.

Jude Bellingham made the switch from St. Andrews to deepest Germany as he signed for Borussia Dortmund in a move that is likely to free up Jadon Sancho for pastures new. Bellingham’s number 22 shirt was comically retired by Brum, with many social media memes pouncing on the decision like a starving man might attack a cheese and onion pasty.

Timo Werner has joined Chelsea in a move many thought might not happen, the player formerly sounded out by Liverpool. The Blues will see Werner battle with Olivier Giroud and Tammy Abraham for a starting berth in Frank Lampard’s attack-reliant side next season.

Many players are still with the clubs they ended the 2019/20 season with, of course. However, while they’re still wearing old colours, any major house viewings are going to stick out in the middle of a global lockdown.

Bournemouth defender Nathan Ake might well be researching a nice new pad in Cheshire, with Manchester City favourites to be The Cherries defender’s next destination. He’s as short as 1/6 to join The Citizens and shore up a backline that lost nine Premier League games in 2019/20.

Jadon Sancho has been courted for so long by Manchester United that fans could be forgiven for getting disillusioned if it were any other club. A long wait it may have been, but at 2/5, it seems like Sancho will finally be swapping Bavaria for Manchester, returning to the city that shunned him to join his former club Manchester City’s deadly rivals. Linking up with best footy mate Marcus Rashford and Mason Greenwood, Sancho could be electric in the 2020/21 Premier League season.

Philippe Coutinho is almost guaranteed to be leaving the Nou Camp after a period where his career has stalled. But while the departure of the Brazilian seems inevitable, where he ends up is anyone’s guess. The former Liverpool player is 11/4 to join Arsenal, 5/1 to join Paris St. Germain and a best price of 6/1 to rejoin The Reds at Anfield. Priced at 91 to join Newcastle, that move could hinge on the imminent takeover, with Tottenham (14/1) and Leicester (16/1) both keeping a close eye on developments.

Kai Havertz seems nailed on to sign for Chelsea, and at a best price of 1/8, represents no value at all. The Bundesliga superstar will likely battle for a midfield place alongside fellow new signing Hakim Ziyech, along with regular midfielders Mason Mount, Ross Barkley and Mateo Kovacic. Jorginho could be the odd man out and return to Italy.

Jack Grealish has only just rescued his boyhood club from the drop, but it already looks like he might be off, and moving in a North-Westerly direction. The Midlands man is still 5/4 favourite to remain at Villa Park, but the price of 12/5 for Grealish to join Manchester United is shortening by the day amid rumours the big-spending superpower are interested in growing their squad now they have Champions League football to look forward to. Grealish is a modest 4/1 to join Leicester, with the move (or not) of James Maddison likely to impact where Grealish stays or goes.

While out of left-field, each of these players could yet come flying in on the betting markets to join a surprise side. In fact, the first player on this list is already proving that he might be quite the mover and copying an International teammate of his in moving across London.

Willian may already be a Chelsea legend who starts each season as favourite for their Player of the Year award, but could he make the move across London from Chelsea to Arsenal? David Luiz did so last summer, but a move for Willian in the same direction would fill Arsenal fans with cheer ahead of the F.A. Cup final between the two sides. This has come in from an outside bet to currently being between 1/3 and 1/10 in an astonishing surprise shift in odds.

Wilfried Zaha is always a name linked with clubs during the peak summer period for transfer hype. Everton (4/1) and Arsenal (5/1) have both been linked with the South London man, with Zaha – a boyhood Arsenal fan – seemingly preferring to stay in the capital. Spurs at 5/1 seem terrible picks, but Newcastle (7/1) might be a good investment if their takeover leads to some inflated bids for mid-table players.

Alexandre Lacazette could be leaving The Gunners as a makeweight in a deal for Thomas Partey, especially if Atletico Madrid make sure any suitors pay the rumoured €45 million release fee. Partey is 4/11 to join the North London club in any event, with Manchester United 15/2 shots for his signature and Chelsea – who may be in the market for a flying winger if they sell Willian – available at what looks at attractive price of 10/1.

Finally, Matteo Guendouzi could leave Arsenal, with the young midfield maestro keen to develop his talents elsewhere after being sensationally dropped by manager Mikel Arteta in the wake of a tumultuous game against Brighton where the Frenchman was perhaps lucky to stay on the pitch. Guendouzi is likely to be part of any deals to bring in any players as a mere makeweight, so could yet be the summer bargain of them all.

Whoever swaps clubs in the English Premier League, it’s going to be a very busy next month as sides such as Manchester United, Chelsea and Arsenal put the work into trying to catch up with champions Liverpool and top two regulars Manchester City. We’ll have our finger to the pulse for any move that makes waves and bring you the summer scoop as it happens.