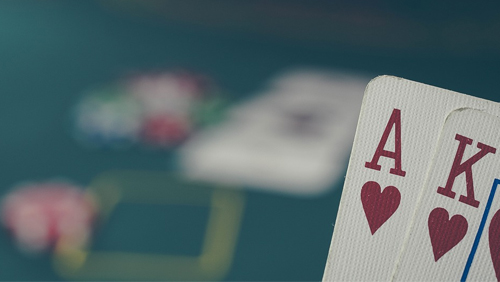 Event #21 saw Tony Dunst win his second World Series of Poker Bracelet as the famous WPT presenter and modern poker legend stacked up his fifth cash of the 202 WSOP Online Series by grabbing the gold.

With 1,361 entries coughing up the lucky slots-style entry fee, it would be 11 hours at the online felt for Dunst and his competition. With $952,700 in the prize-pool, the famous World Poker Tour presenter, who fronts their TV coverage with Vince Van Patten, won $168,342 for the latest title-winning performance of an already-impressive professional career.

The WSOP bracelet was Dunst’s second, who four years ago took away $339,254 for triumphing in the $1,000-entry NLHE event. Dunst actually came very close to repeating that achievement in the $5,000-entry NLHE event last year but finished as runner-up. A year later, he’s out that ‘so near and yet so far’ ending right.

There were plenty of other big names in this $777-entry Six-Max event and while none would stop Dunst, several would make the money. Jamie Kerstetter finished 206th to earn $1,047, while Phil Hellmuth (114th for $1,429) and Daniel Negreanu (30th for $5,144) also enjoyed runs into the money. Negreanu has reached the money consistently for days now and is certainly looking like he’ll put himself on a final table soon in order to battle for the chance to win those ‘win a bracelet’ prop bets.

By the time the action reached the six-handed final table (just like a WPT Final table in this format), Dunst had a big chip lead. Randy Ohel had bubbled the final table with a cash of $19,244 for finishing in 7th place, and left Dunst with the table captain’s hat firmly on his head. That showed no signs of slowing when he outdrew Jon Turner with king-jack against the latter’s ace-nine. Shortly after that elimination, Dunst had pocket kings to defend with ease against the shove of Krista Gifford, whose king-ten couldn’t catch up.

Four-handed, Dunst had the chip stack to do maximum damage, sat behind 13 million chips. That was more than his three opponents combined, but it wasn’t Dunst who busted the next player. James Pace, a.k.a. ‘paymycollege’ had ace-ten and that was enough to send Charles Phillips home in 4th place against his jack-eight when an ace on the flop led to Phillips’ demise.

It would be Alec Parslow who busted next, his last 4 million chips going into the middle with ace-king, only for Dunst to get lucky with ace-nine, finding running straight cards on turn and river to go into the heads-up battle with roughly a 2:1 lead in chips.

Pace would run out of energy after a morale-sapping hand (shown below) where Dunst turned the flush at the same time Pace hit his straight. It was for almost all the chips in play. 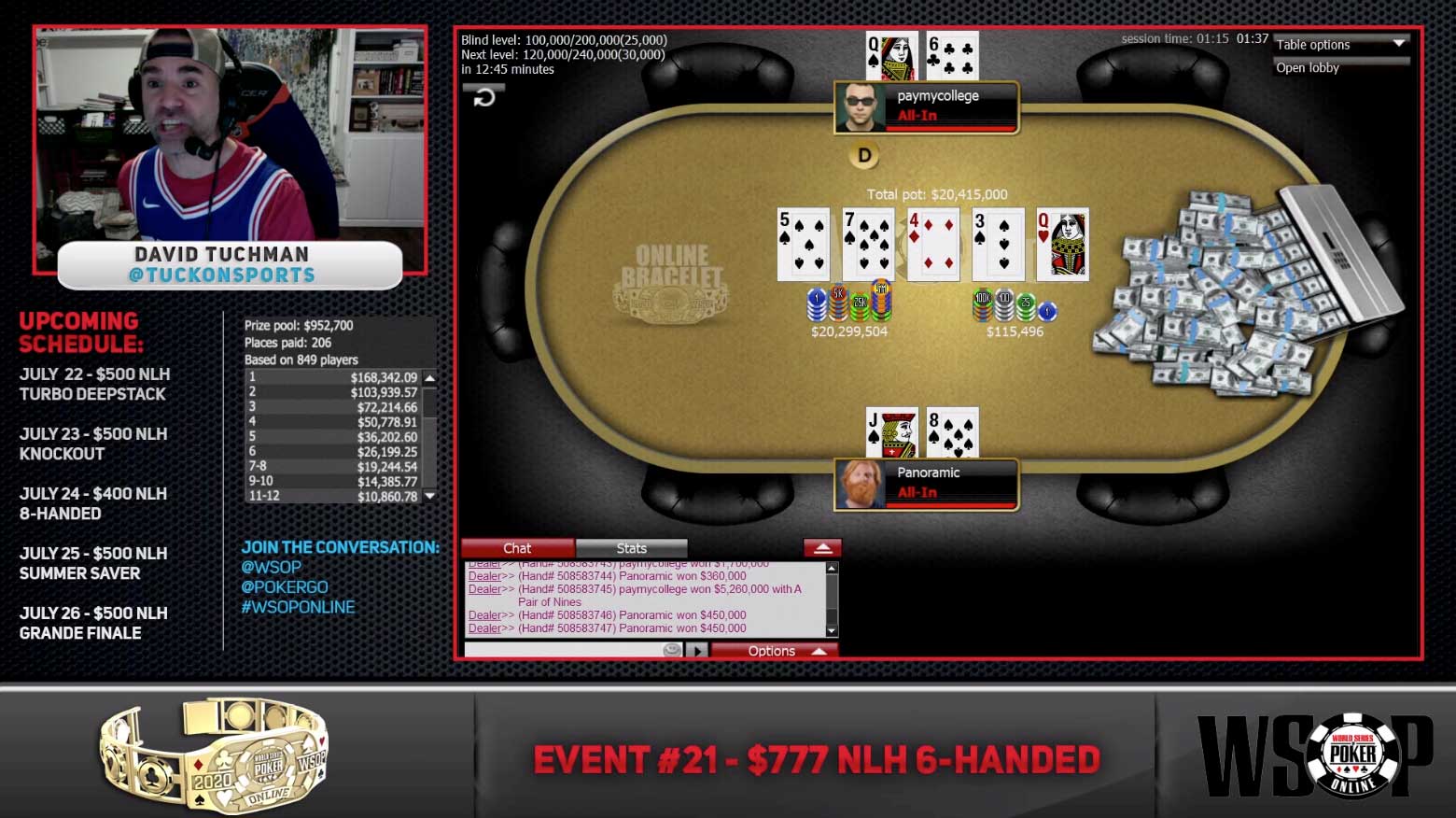 Thereafter, Pace busted quickly for the scraps of his chip-stack to mean Dunst, who is closing in on $4 million in live tournament earnings, let alone his online earnings, which after five cashes in this WSOP Online Series already are going up and up.

Here’s how the final table Dunst will enjoy looking back on for the rest of his career ended up playing out and – perhaps even more importantly – paying out. Dunst will very much hope he has more victories to come in a series he’s dominating at the online felt.

You can watch exactly how Event #21’s final table played out with a replay of the action right here on the WSOP Twitch channel.