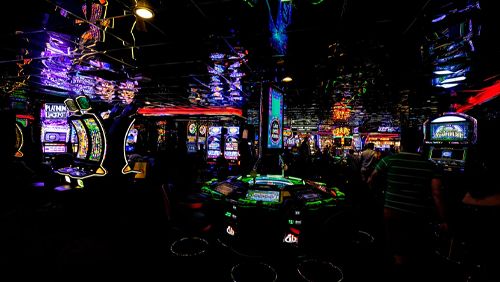 Special purpose acquisition companies (SPAC), despite being prevalent in various industries for decades, is the new-ish buzz phrase for the gaming industry. It was a SPAC that allowed DraftKings to do the impossible and go public this past April, and it is a SPAC that is allowing Golden Nugget owner Tilman Fertitta to break off the casino company’s online activity and take it to the NASDAQ exchange, as well. Sportsradar has a SPAC deal on its radar as it considers going public, and another gaming company now wants to join in on the fun. The Wall Street Journal reports that Rush Street Gaming is planning on sending its Rush Street Interactive (RSI) iGaming subsidiary to marry a SPAC in order to find a spot on a public exchange.

Rush Street and dMY Technology Group Inc., which is already traded on the New York Stock Exchange (NYSE), are set to hook up in a deal that could be finalized as early as today. dMY is a public entity founded by two former technology gurus, Niccolo de Masi and Harry You, that went public this past February. When it did, it picked up $230 million in investor attention, adding just over 4% last Friday when rumors started circulating about the pending deal with RSI.

Rush Street has high hopes for the results of the marriage, and expects the transaction to put its valuation at around $1.8 billion. However, it can’t go in fully expecting to see the immediate results seen by DraftKings when it went public. According to Renaissance Capital, “For investors after the acquisition, SPAC returns have been a mixed bag. The majority of SPACs that have completed acquisitions in 2020 trade below issue (13/22), which is also true of SPACs that completed acquisitions in 2019. That said, the space is arguably maturing, both in terms of the quality of companies beginning to be acquired and the management teams forming them.”

Still, the company will at least start in the right direction. dMY is planning on using the money it received from its public offering to execute the pending transaction, throwing in another $160 million it is picking up from institutional investors. After the deal is finalized, RSI is expected to have about $230 million in cash, which will come in handy as it moves to gets its online sportsbooks as busy possible. With all major sports organizations in the US ready for action, RSI’s operations in Colorado, Illinois, Indiana and Pennsylvania are ready for gamblers. Those in Illinois will now have to plan a road trip if they didn’t register online, though. A temporary plan to allow online registrations has now been pulled.

Universal Entertainment in the market for a SPAC for Okada Manila
Erik Gibbs
15 February 2021
.