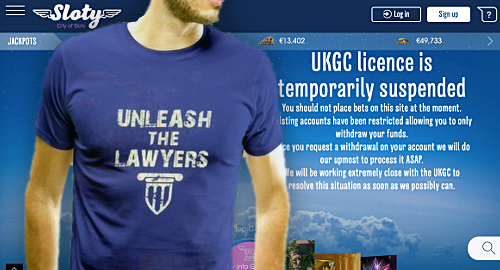 Online gambling operator Genesis Global plans to “vigorously” appeal the suspension of its UK operating license for as yet unspecified compliance shortcomings.

Earlier this week, the UK Gambling Commission (UKGC) suspended the license of Genesis Global Ltd and prohibited the company from offering services to UK customers through 12 gambling sites authorized under that license. The UKGC didn’t go into details, saying only that the suspension was related to “a number of compliance issues.”

The UKGC did say that it was conducting a review of Genesis Global’s license under section 116(2)(a) of the Gambling Act 2005, which focuses on whether an operator may be unsuitable to carry on the activities permitted under its license.

On Thursday, Genesis issued a statement saying the UKGC’s announcement followed a routine compliance assessment earlier this month. The company said it had emerged from previous assessments of this type without incident.

Genesis added that it had “taken the initiative” by submitting “an action plan” following the assessment and prior to the announcement of the review, leaving the company extremely disappointed by the UKGC’s response.

Genesis insists that it will “fully cooperate” with the UKGC”s review and is “firmly committed to complying” with all UKGC regulations. But after discussions with outside legal counsel, Genesis is of the opinion that the UKGC’s decision to “temporarily” suspend the company’s license “is not only disproportionate but also inconsistent” with previous UKGC enforcement actions against other licensees.

Genesis also had a message for its UK customers, who have been blocked from accessing the company’s sites other than to withdraw the funds in their accounts, as well as for its team members and other stakeholders. Genesis assured them that it’s “business as usual in all other jurisdictions in which the company operates and we appreciate your continued support during these challenging times.”