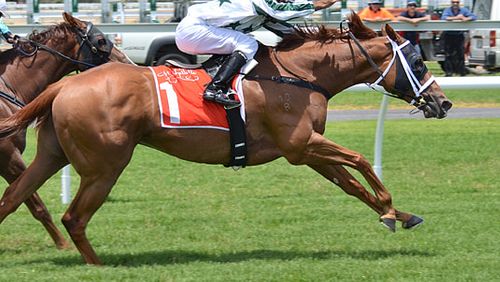 New South Wales (NSW) jockey Adam Hyeronimus has been found guilty of 30 out of 31 illegal betting charges, dating back to illegal bets that took place over three years beginning in 2016. Stablehand Blake Paine was found guilty alongside the Hyeronimus by Racing New South Wales stewards. The group one-winning jockey faces a potentially long suspension from racing for his part in the scandal.

Racing NSW stewards successfully proved that Hyeronimus had an interest in a $500 bet on ride Lucky Metor at Canterbury in 2016. He was also found to have placed a $500 bet on Limbo Soul, another ride that won on debut at Rosehill in February 2017.

The guilty verdict carries serious implications, with both charges carrying a minimum two-year ban from racing.

The NSW hoop was found guilty of a further 29 bets from 2016 to 2019, all on thoroughbred horse racing. Stablehand Blake Paine was found to have played a part in 31 cases and was convicted of 31 counts of betting for a jockey. Both men will also face additional charges of supplying false evidence to the enquiry.

The enquiry showed that Hyeronimus transferred funds to Blake Paine, who then deposited the funds into a Sportsbet account under his name on at least 22 occasions. Stewards also found that winning bets from the same account were used to place additional bets with nearly $21,000 USD changing hands over three years.

Stewards provided details of the conversations between the pair, that also included exchanges with cricketers and NRL players. The SMS conversations between the pair included details on potential bets, with one discussion over a potential bet in the Golden Slipper. Hyeronimus and Paine then switched the discussion to Snapchat in an attempt to ensure the conversation couldn’t be traced. Snapchat picture messages are deleted from servers regularly.

Hyeronimus pleaded not guilty to all charges during the hearing, but will be free to ride until his sentencing hearing in August. The NSW jockey has been in stunning form this year riding 49 winners, including a Group One win in the Vinery Stud Stakes at Rosehill in March.