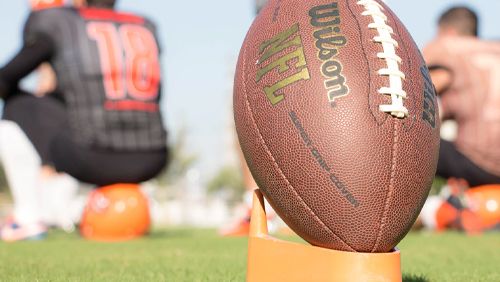 Over the weekend, a number of football players took to Twitter to voice their concerns over what they viewed as a lack of action on the part of the NFL to implement policies to protect them from the coronavirus. Frustrations have been mounting because training camps are set to get underway as early as this week, and there has yet to be a solid COVID-19 policy put in place. The players wanted the public to know that, should they collectively decide to sit out of the regular season, blame could squarely be placed on the shoulders of league brass. Seemingly in response to the outcry, the NFL has made a little progress, but not necessarily in a way football fans would want to see. There’s a possibility that there will now be no preseason games as the league tries to figure out how to proceed.

First, the Hall of Fame game was canceled. Then, the number of preseason games for each team was cut from four to two. That was at the beginning of this month and, although the league has had ample time to react to the coronavirus pandemic, it appears to still be dragging its feet. This is despite the fact that it brought in a handful of doctors to establish protocols for players – suggestions the NFL has still been reluctant to implement.

Players had suggested eliminating all preseason games, but the league didn’t want to accept the change. It countered with a one-game possibility, which has been rejected by the NFL Players Association (NFLPA). The union made it clear yesterday when it met with league personnel that there was no way preseason games could be held, and the NFL was forced to respond.

Per the NFL collective bargaining agreement (CBA), the league can mandate the number of preseason games and could have forced the issue with players. However, it would have been a losing battle – players would have simply gone on strike. As a result, and to save face, the NFL “proactively” made the decision to call off all preseason games.

There are still several issues to be resolved before players agree to take the field, but there appears to be progress being made. As usual, delays center on money and compensation; however, the NFL has agreed to certain concessions players were asking for, including daily coronavirus testing. The league had initially tried to suggest testing every other day before players voiced their objections, and Tom Pelissero of the NFL Network tweeted yesterday, “The NFL and NFLPA agreed to daily COVID-19 testing for the first two weeks of camp, after which they’ll look at positivity rates. If the rate drops below 5% for players and Tier 1/Tier 2 individuals, they’ll move to every other day. Important deal as talks continue on other issues.”

These are only small steps being made toward the possible launch of the regular season in September. There is still a lot of work to be done, but the removal of preseason games will buy players and team owners time to hash out the details as more information comes in. Dr. Allen Sills, the league’s chief medical officer, told ESPN, “This is ongoing work. There’s no finish line with health and safety, and I think these protocols are living, breathing documents, which means they will change as we get new information. They will undoubtedly be changing over time, which is what we usually see in medicine. We recognize that, as players and coaches and staff come in, they’re going to be coming in from all over the country and in some cases the world. So, we want to take a slow approach here.”