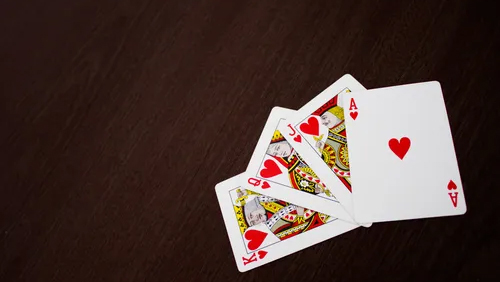 Where could a poker player not make what might be the most important call of his poker career? As you probably predicted, the answer is… only at the World Series of Poker. A year ago, it was the 2019 WSOP Main Event and Dario Sammartino took on young hopeful Nick Marchington in a hand that will likely never be forgotten.

With just 11 players left in the 2019 WSOP Main Event, there was a lot of money at stake. That long into the world’s longest poker tournament, each pay jump is brutal. With just one player needing to bust to bring the final 10 players to the same table (albeit the unofficial table since nine is fine for the WSOP Main Event), Dario Sammartino was faced with an all-in from Nick Marchington.

The background to the hand warrants explanation, with Marchington very much the young pup looking to bark at the ankles of the big dog. Marchington three-bet all-in for a massive 22.2 million over the top of a fairly modest opening bet to 1.7 million from Sammartino. Sammartino doesn’t know the amount that Marchington is all-in for, however, so asks the dealer.

Sammartino makes the call. The chips are then counted and proven to be a considerable amount more than the 17 million that the dealer declared – they are in fact 22.2 million. Sammartino, understandably, protests against the call he just made being valid.

The fact that Sammartino’s hand is pocket tens and Marchington has pocket queens only throws fuel onto the fire, but without doubt the most flagrant phrase comes from tournament director Jack Effel, who comes into the room and the argument. He has to make the call, of course, on the action, and decides after some consideration, that, in his inimitable words:

Now this is wrong on so many levels. For a start, he cannot presume to know if Sammartino would have called 17.5 million, let alone a considerable percentage more.

It wasn’t just Sammartino who was upset by the decision, as Effel leaves the table and is the subject of discussion between several players. He’s not well liked by some players, and this is purely because he’s tournament director. It’s like being the referee in a football game – there’s almost no way to be liked. But in this instance, Effel didn’t exactly help his popularity.

So it’s a feelgood story to know that Effel would later apologise to Sammartino and have that sorry accepted by the gracious Italian. Sammartino wasn’t busted in the hand of course; he went on to finish as runner-up for $6 million.

Would he have ended up beating Hossein Ensan to the $10 million top prize if he’d been able to take that 22 million chips back? We’ll never know, but it makes for a fun watch of this analysis video from the king of poking fun at poker in an intelligent manner with the backup of knowledge around what it takes to play at this level – Joey Ingram, of course.