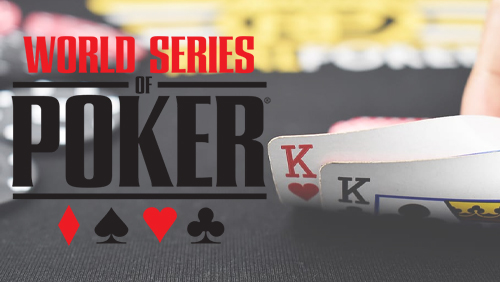 Three more WSOP bracelets were won across the weekend on WSOP.com as the Online Series continued to make dreams come true remotely rather than in Las Vegas.

There are a number of different game formats in this year’s WSOP Online Series, which is expected to completely replace the World Series of Poker in Las Vegas this year and has certainly taken its place in the summer schedule.

All three bracelets that were won over the weekend, were, however, done so in no limit hold’em, the classic and most popular format played by up to 6% of the world’s population from the deepest rainforest to the arctic glaciers.

The first winner of the weekend had a rather… unfortunate name for a poker player.

With 1,528 entries, this $500-entry event was in a turbo format, so took just 7.5 hours to complete rather than the usual 12-14. Won by Terrell Cheatham (in a perfectly legitimate manner, we might add), The Vegas resident won the most money he’s ever won at a live poker table back in 2014 when he took down a Daily Deepstack event at the Rio in Las Vegas. That score of $7,880 was easily topped by the stunning six-figure score of $116,204 he took home for winning the 16th WSOP bracelet of the series, as he got the better of Julian Parmann (playing under the Moriarty-esque pseudonym of ‘Julian’) in the heads-up battle.

At the final table, Cheatham won key hands with pocket jacks, ace-jack and then a flush draw to overcome the rest and end up on top for the poker result of his career so far.

The 17th event of the WSOP.com section of this 2020 Online WSOP saw a veteran of poker triumph, as Pat ‘Flyin’ Lyons won $173,551 for outlasting 1,381 other entries. The money places began at 207th place, with Max Pescatori, Daniel Negreanu and Upeshka De Silva all making it into the money without threatening the final table.

There was another cash for the record-breaking Roland Israelashvili, again without winning a bracelet as – approaching 230 cashes in the WSOP now – he finished 12th for $10,060. When Michael Klein bubbled the final table, that left nine players to fight for the bracelet, and Lyons got over the line with the help of some well-timed hands. Lyons vaulted to the top of the leaderboard with pocket aces, before he used his chip lead to run over his final two opponents after Jonathan Dokler, who has already won an online WSOP bracelet this World Series busted in 4th place for $54,948.

There were 987 entries in the $1,000-entry Turbo DeepStack WSOP event on Saturday night Vegas-time as Scott Hempel won $181,060 of the near-million-dollar prizepool.

Hempel, who as you can see above, finished 7th in the previous event, won through to perpetuate an odd quirk to this year’s stay-at-home World Series of Poker. A lot of winners have reached final tables in preceding or following events, with others like Ron McMillen and Ryan Torgerson proving this true in previous events.

Hempel – who will be hoping to return to the final table of the WPT L.A. Poker Classic when live poker resumes in Vegas having made the final six in style – wasn’t the only major player to make a healthy profit.

Once there, it was Barry Hutter who led the counts, but he couldn’t hold when short-stacked with ace-queen against Hempel’s jack-ten. Hempel used those chips to good effect, getting the better of Myles Kotler heads-up to ship the WSOP gold.